Divine Horsemen: A Story We Know 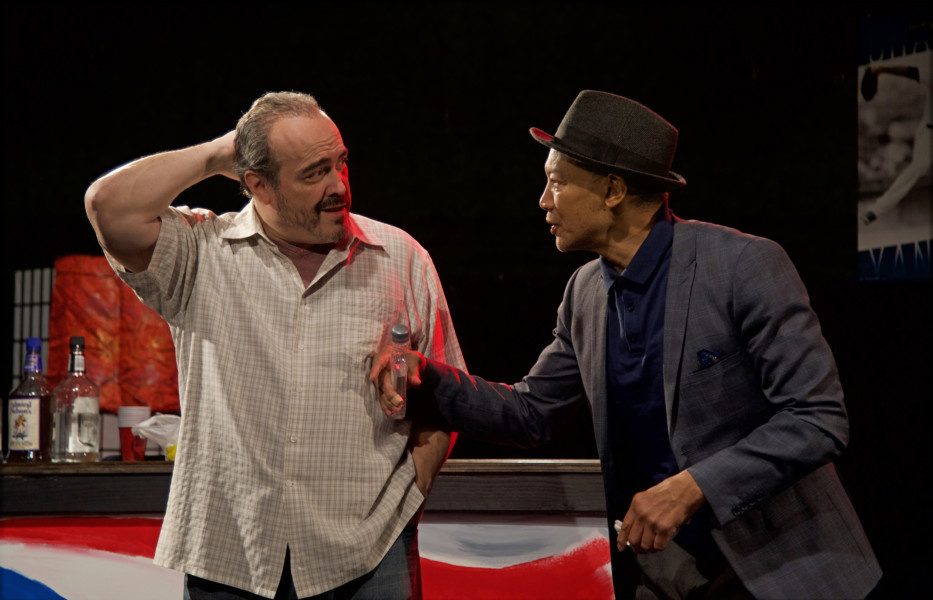 Divine Horsemen: A Story We Know

Primitive Grace and Access Theater present a full production of Divine Horsemen by Paul Calderon. Though it feels like every other mob story, Divine Horsemen tells an engrossing story with sensational actors. It easy to get swept up in the action and go along for the ride.

Originally staged in 1995 as the first workshop production of LAByrinth Theatre Company, Divine Horsemen tells the story of three men who conceive a plan to get rich quickly. Iffy (David Zayas) runs a social club and a candy store with hopes of sending his daughter to college; Benny (Robert Lee Leng) is hoping to get himself back into major league baseball after an arm injury; Willie (Paul Calderon) is a petty criminal who seems content, but would prefer a life of ease. Their plan involves taking advantage of Raffi (David Deblinger), a man grieving the death of his brother Jojo (Sebastian Mitre “Baz”). As their plan takes an unexpected turn, we quickly learn that Iffy, Willie, and Benny don’t agree on how to move forward with the plan.

Director and writer Paul Calderon creates an atmosphere charged by power dynamics between characters. While the play doesn’t delve very deeply into the characters’ motivations, it covers a spectrum of themes: nostalgia for the “old days,” what it means to be masculine, and what we’re willing to do to pursue our dreams. The scheme that characters pursue (and by extension the plot) relies on the death of Jojo, making him more a device and than a character. 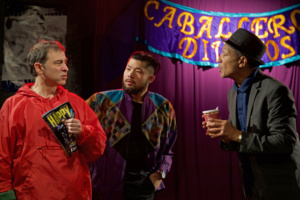 There a few theatrical elements that feel out of place. Among them are the concert footage that plays at the top of the show, and the reenactment of a candy store robbery, which is odd because the strategy of reenactment isn’t used as a storytelling device anywhere else in the production.

It is an incredible delight to see such compelling  actors onstage together. David Zayas and Paul Calderon are forces to reckon with. Robert Lee Leng, though he occasionally talks so fast it is difficult to understand him, presents a solid, bright energy. As Raffi, David Deblinger expertly portrays raw elements of humanity the other characters have forgotten: fear, joy and faith.

While Divine Horsemen may feel similar to other stories we know, it is intriguing portrayal of hungry men on the down-and-out side of life.