Do Not Miss The New York Pops and An Unforgettable Night 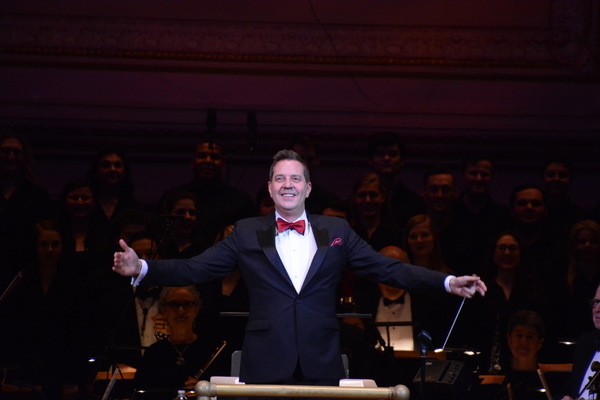 Do Not Miss The New York Pops and An Unforgettable Night

The New York Pops has another concert planned that should not be missed. The show is Movie Mixtape: Songs From The Silver Screen at Carnegie Hall, Stern Auditorium/Perelman Stage starting at 8pm. The line-up consists of Steven Reineke, Music Director and Conductor, with Mykal Kilgore, Storm Large, Laura Osnes and Ryan Silverman. Travel around the world, under the sea, and even over the rainbow as The New York Pops celebrates the soundtracks that have captivated generations of movie lovers.

On February 8th the New York Pops, led by Music Director and Conductor Steven Reineke, paid tribute to Nat King Cole’s centennial with Unforgettable: Celebrating Nat King Cole and Friends. Starting off things in the swing of it, the orchestra launched into Count Basie’s “One O’Clock Jump” and they never sounded better

Ryan Shaw launched into “Straighten Up and Fly Right” and the haunting “Nature Boy”. His silky tones were perfect for these American Songbook standards.

The Pops went into a fabulous arrangement of “I’ve Got You Under My Skin” followed by “It’s Only a Paper Moon” sung by Ms. Daniels.

“Walkin’ My Baby Back Home” and “When I Fall in Love”, saw the duo throwing their voices together in a duet.

And the fist act ended with Ryan Shaw telling us we were “Just in Time.”

Nikki Renée Daniels performed an emotional “What’ll I Do”.

“I’m Gonna Sit Right Down and Write Myself a Letter” and “Avalon” had Ms. Daniel’s feeling the love.

Shaw on “Just One of Those Things” lead to the Pop’s sounding fabulous on a Nat King Cole Medley which featured “Mona Lisa”, “Sweet Lorraine, “Ramblin’ Rose”, “The Christmas Song” and “Those Lazy-Hazy-Crazy Days of Summer”.

The duo returning for “Unforgettable” and a medley of “Almost Like Being in Love” /” This Can’t Be Love” .

This was an evening about the song we know and “L-O-V-E” as the encore reflected those feelings.

Tomorrow nights concert is one not to miss Movie Mixtape: Songs From The Silver Screen at Carnegie Hall, Stern Auditorium/Perelman Stage starting at 8pm. See you there!