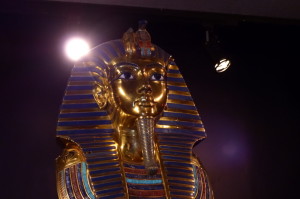 The renowned Egyptologist Dr. Nicholas Reeves gave an exclusive media tour of the new exhibition, “The Discovery of King Tut” at Premire Exhibits at 417 5th Ave., at 37th St. Dr. Reeves has recently been making headlines about his theory that the mummy of Queen Nefertiti lies in one of the chambers of King Tut’s tomb — a theory which, if verified, would prove to be one of the great finds of archaeological history. “The Discovery of King Tut” recreates King Tut’s tomb (and the priceless treasures found within) as it was discovered nearly a century ago. 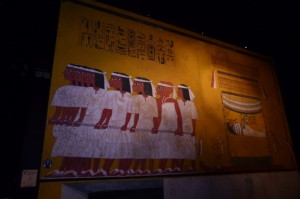 Dr. Nicholas Reeves is Director of the Amarna Royal Tombs Project, and Senior Egyptologist with the University of Arizona Egyptian Expedition. A renowned expert on the Valley of the Kings and the Amarna Period, Dr. Reeves has lectured widely to both academic and popular audiences and has published extensively on a range of subjects; his books include, The Complete Tutankhamun (Thames and Hudson, 1990), and Akhenaten, Egypt’s False Prophet (Thames and Hudson, 2001). Dr. Reeves’ research into hidden chambers within the tomb of Tutankhamun recently received worldwide media attention, as did his investigation into the original owner of Tutankhamun’s golden death mask. 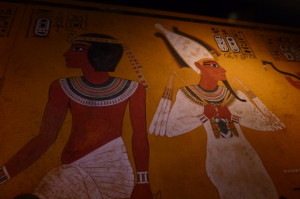 A specialist in ancient Egyptian history and material culture, in 1984 Dr. Reeves received his PhD from Durham University for the thesis, Studies in the Archaeology of the Valley of the Kings, with Particular Reference to Tomb Robbery and the Caching of the Royal Mummies. He was elected a Fellow of the Society of Antiquaries of London in 1994, and an Honorary Fellow of the Oriental Museum, Durham University, in 1996. 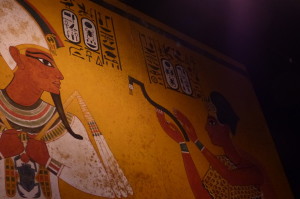 As an archaeologist, Dr. Nicholas Reeves is best known for his excavations in Egypt’s Valley of the Kings, where in the winter of 2000, a ground-penetrating radar survey carried out by his Amarna Royal Tombs Project (which he founded in 1998) first encountered the undisturbed funerary chamber KV 63 (subsequently cleared by the University of Memphis and Otto Schaden). In 1993, Dr. Reeves also co-directed the Tutankhamun Burial Equipment X-Ray Project. 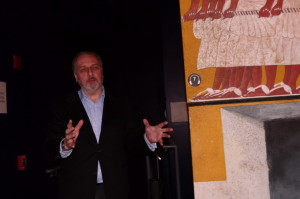 Since 1984, Dr. Reeves has been active in various museum and heritage roles. In particular, from 1988-1998, he was Curator to the Seventh Earl of Carnarvon at Highclere Castle, where he organized three in-house exhibitions and curated the collection of George Herbert, the Fifth Earl of Carnarvon, who financed the search for the tomb of Tutankhamun. More recently, from 2010-2014, Dr. Reeves worked at The Metropolitan Museum of Art, New York, first as the Sylvan C Coleman and Pamela Coleman Memorial Fellow in the Department of Egyptian Art (2010-2011) and then as the Lila Acheson Wallace Associate Curator (2011-2014). Over the years, he has also arranged a number of highly acclaimed conferences and exhibitions in London, New York, Tokyo and elsewhere. 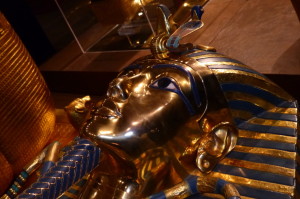 Seen by millions of visitors worldwide, The Discovery of King Tut takes visitors back more than 3,000 years to trace the story of the boy king who reigned for a decade and died suddenly at age 19. This thrillingly unique experience explores the legendary tomb and its treasures as they were at the exact moment of their discovery. Visitors can feel the rush of excitement as they step into a moment only ever witnessed by Howard Carter’s excavation team, view more than 1000 precisely crafted replicas and reconstructions and discover the story behind one of the most iconic moments in history. 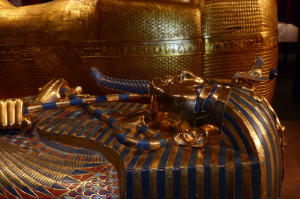 The tomb’s magnificent burial goods have been reproduced exactly down to the finest detail by expert Egyptian craftsmen and renowned Egyptologists. These exquisitely crafted replicas and reconstructions, allow visitors to step into the wonder of the discovery as if the original excavation in the Valley of the Kings has been reopened. Crucially, the exhibition also brings together a collection that can only be seen separately elsewhere, even in Egypt: because the king’s treasures are kept in the Cairo Museum. In addition, Tutankhamun’s beautifully painted tomb in the Valley of the Kings has been stripped of everything but his mummy, the outer coffin and the stone sarcophagus. By contrast, the exhibition experience culminates in exact reconstructions of three chambers from Tutankhamun’s tomb, revealing themselves just as the discoverers saw them. A radioplay-like audio tour based on Howard Carter’s diaries, video documentaries, extensive texts and object descriptions and unhindered access to the objects together provide an exciting, as well as informative, experience for all the senses. The Discovery of King Tut is scheduled to run through May 1, 2016. Tickets are on sale now at www.TUTNYC.com 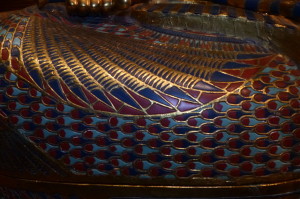 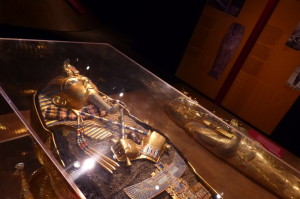 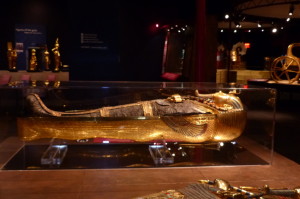 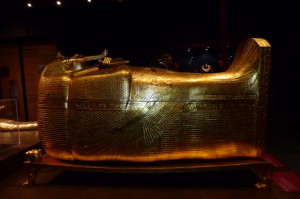 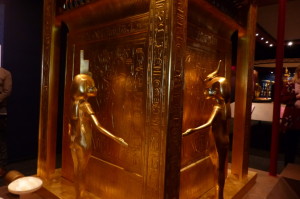