What if you could order pizza with your mind? Now you can, thanks to Domino’s new mind ordering app. Domino’s Pizza  is teaming up with Netflix to introduce the latest strange thing to come out of Hawkins National Lab. 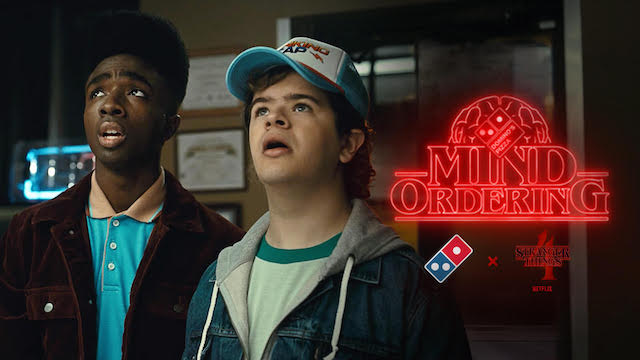 Netflix’s “Stranger Things” cast members, Gaten Matarazzo and Caleb Mclaughlin, partner with Domino’s Pizza on the launch of its new ‘Mind Ordering’ app. The duo went behind the scenes on the set of the creative effort as their “Stranger Things” characters, ‘Dustin and Lucas’, witness a series of events that lead to Domino’s “Mind Ordering” app at dominosmindordering.com. (Photo courtesy of Domino’s Pizza)

Domino’s mind ordering app is a new immersive experience which places “test subjects” inside Hawkins National Lab in Hawkins, Indiana – transporting them to the center of “Stranger Things” in 1986. Users can explore the lab, uncover Easter eggs, use their telekinetic powers to gain control of certain objects and place a Domino’s Easy Order. How? Domino’s mind ordering app uses facial recognition and eye-tracking technology to allow test subjects to use their “powers” to order pizza by making certain facial expressions and head movements. 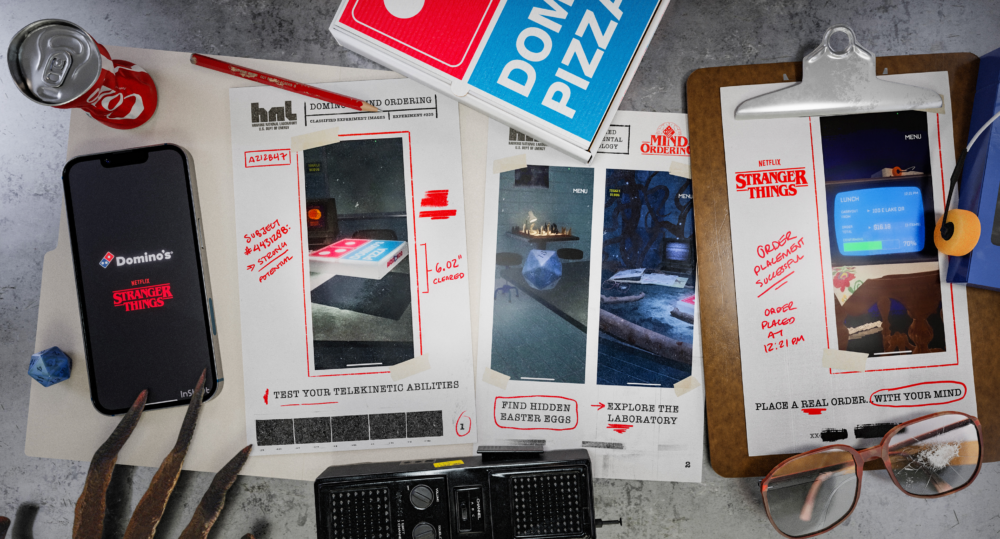 “Is mind ordering real? At Domino’s – it absolutely is,” said Kate Trumbull, Domino’s senior vice president of brand and product innovation. “Domino’s customers and ‘Stranger Things’ fans can now channel their inner Eleven by using telekinetic powers to order pizza with their mind.”

To place an order using Domino’s mind ordering app, test subjects must have a Pizza Profile with an existing saved Easy Order. Don’t have a Domino’s Easy Order? No problem! Test subjects can choose to explore Hawkins National Lab for fun, without placing an order.

“We’re geeked to launch this first-of-its-kind mind ordering app, just in time for the premiere of ‘Stranger Things’ new season,” said Trumbull. “Now hungry customers and ‘Stranger Things’ fans across the U.S. will get a taste of what it’s like to be Eleven, and they may find some hidden surprises along the way, such as the Noid or Demogorgon.”

Domino’s new mind ordering app is available for download from the App Store or on Google Play. Have a taste for pizza and nostalgia? Domino’s is rolling out a retro 1980s pizza box for medium and large pizzas (excluding Handmade Pan pizzas) for a limited time at stores across the U.S., while supplies last. Season four of “Stranger Things” premieres on Netflix on May 27 (volume one) and July 1 (volume two). 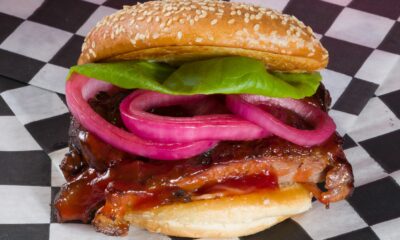