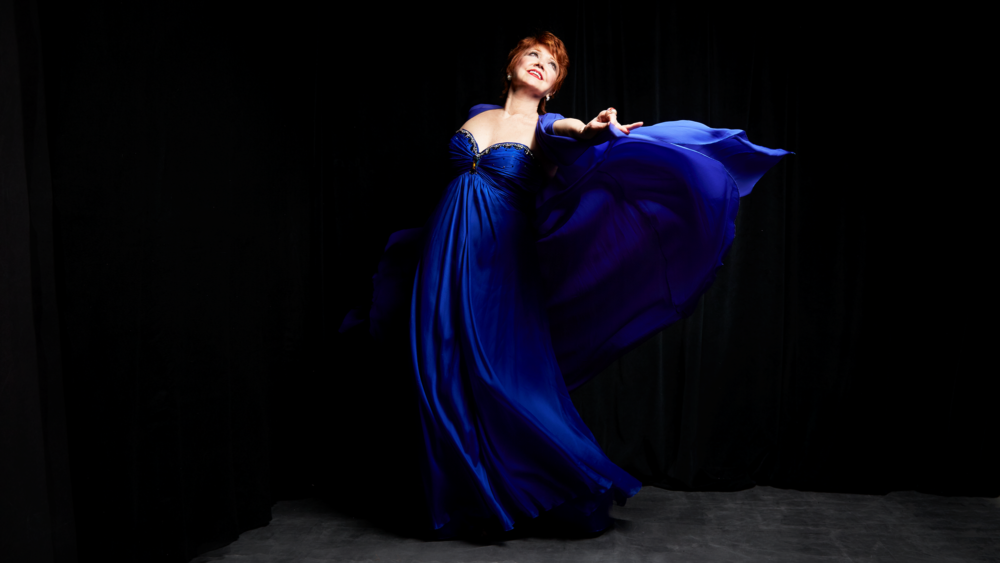 Donna McKechnie has been singing the lyrics of Stephen Sondheim on stage since playing Phila on the tour of A Funny Thing Happened on the Way to the Forum on tour in 1963. She sang I’m Lovely then and when she sings it now she still looks and sounds that way almost 60 years later. She says that Mr. Sondheim has written “lyrics to live by” and Ms. McKechnie tells stories of a life well lived. There are few entertainers that have had a career like Ms. McKechnie and when she “name drops” as she promises/threatens she will her stories makes us enthralled with every word. 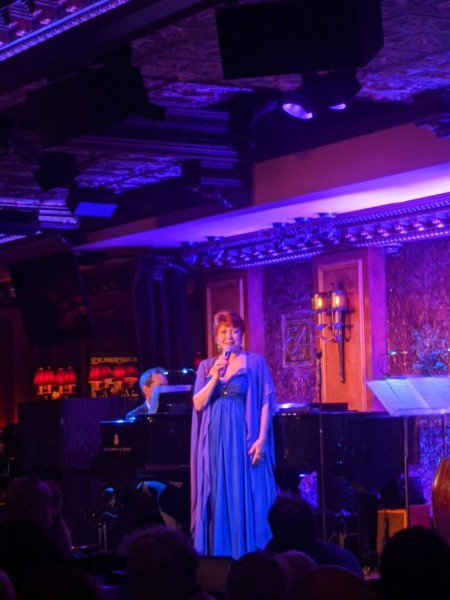 Many performers can sing the songs of Mr. Sondheim; but, because of the intimate and close relationship she had with the composer, only Ms. McKechnie can sing the songs of “Steve,” as she felt comfortable calling him. The night includes a wonderful rendition of Anyone Can Whistle, which she tells us was Mr. Sondheim’s personal favorite and a thrilling “There Won’t Be Trumpets” which was cut from the same musical in previews. Sondheim fans, of which there were many in the audience, were thrilled when she opened the evening singing “I’ve Got You to Lean On” again from that show and of course when Donna asked the audience who the show was written for they all knew Lee Remick. 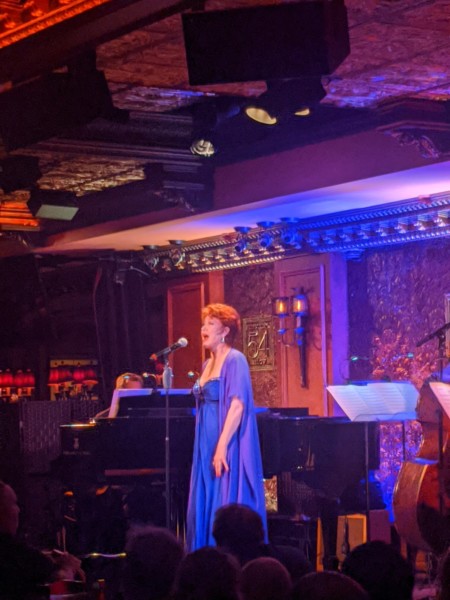 You don’t have to be a “Sondheimophile” to enjoy this show. You just need to sit back, enjoy the music sung with a beautiful voice by a woman who can spin a tale with glamorous, yet down to earth, stage presence. That’s what you get when she talks about choreographing an elaborate dance for Angela Lansbury in a 1973 musical tribute to Sondheim in London. (After watching Donna demonstrate the number, Angela politely informed her she would forgo the choreography and just stand and sing.) The names dropped in that story were a history of stars including Larry Blyden, Pam Meyers and Chita Rivera. 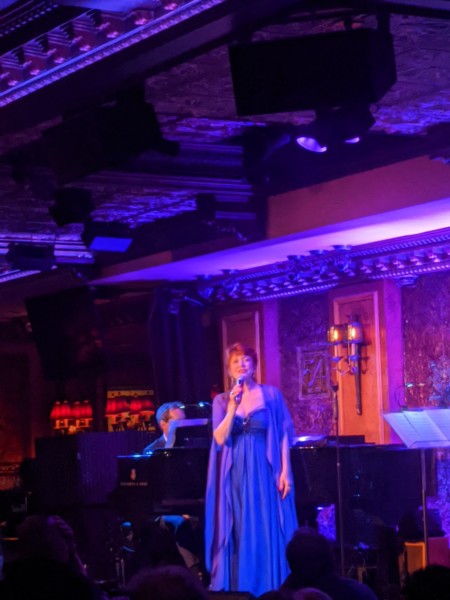 Ms. McKechnie at this show is accompanied by a terrific band that totally allows her to take center stage. Ian Herman her musical director and piano accompanist laughs with her as she occasionally loses her place (which makes this star even more lovable); Ray Marchica on drums and Ray Kilday on bass. 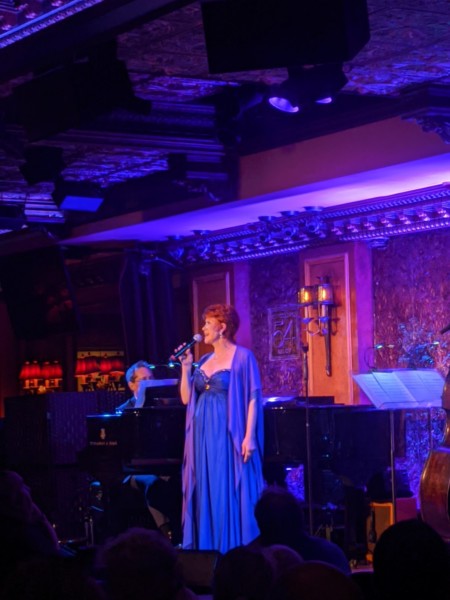 Of course Ms. McKechnie was in Company where she played Kathy – one of the trio that complains that Bobby “…Could Drive a Person Crazy.” She nearly welled up in tears when she talked about Dean Jones who left the cast early as he was privately going through a divorce. Going through a divorce while starring in a show about marriage was tough she explains and it was a cathartic experience when the original cast reunited in a one night only concert years later.

The evening was full of wonderful stories but her choice of songs were just perfect. And she was able to include the dialogue of the shows before the songs. Sally Durant, her dream role, she tells us, came to life with the prologue to “Don’t Look at Me.” It’s amazing to learn that she played Phyllis in “Follies” to raves from Mr. Sondheim in London but days later she found out that he preferred her to play Sally at the Paper Mill Playhouse. In addition to “Don’t Look at Me” Donna includes “Too Many Mornings” and a heartbreaking “Losing My Mind.” (I guess Bobby in a totally different musical did drive her crazy.) The most interesting number she sang from Follies was her choice to sing “The Road You Didn’t Take,” a song sung by one of the male leads. I loved this choice as it shows how the world has changed. In 1971, when Follies was written, a woman did not have that many roads to take; but, in 2022 it would be quite appropriate for a woman to look back at her life and wonder about her decisions.

Donna has so many wonderful stories included in this show and she can look back at the road she did take and the audience is glad that she chose correctly. The “lyrics to live by” sung by this wonderful songstress makes the audience grateful for “Being Alive.”