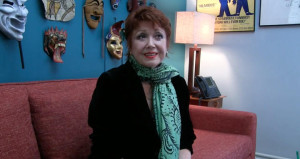 Donna talks about her world premiere show! A Visit with Kander and Ebb offering a kaleidoscope of classic Broadway songs from the illustrious career of John Kander and Fred Ebb. Chicago, Cabaret, Flora The Red Menace, Zorba, The World Goes Round, The Scottsboro Boys, Curtains, 70 Girls 70, and The Act. A special tribute is paid to the last score they wrote together… The Visit. This show will be at Feinstein’s/54 Below April 19 – 22

Donna received the Tony Award and is best known the world over for creating the role of Cassie in A Chorus Line. She is also well-known for her Broadway appearances in State Fair; On the Town; Company; Promises, Promises; and Stephen Sondheim – A Musical Tribute, (which she also choreographed). Donna has received the Fred Astaire Award and the Bistro Award for Outstanding Female Performance, the Los Angeles Drama League Award, as well as nominations for a Mac Award and a Helen Hayes Award.

Suzanna BowlingJune 22, 2022
Read More
Scroll for more
Tap
Kristin Piacentile an Artist on The Rise With a Foundation That Gives Back
Hamilton’s Lin-Manuel Miranda and his father Luis A. Miranda, Jr. To Be Honored At Luncheon With Girl Be Heard