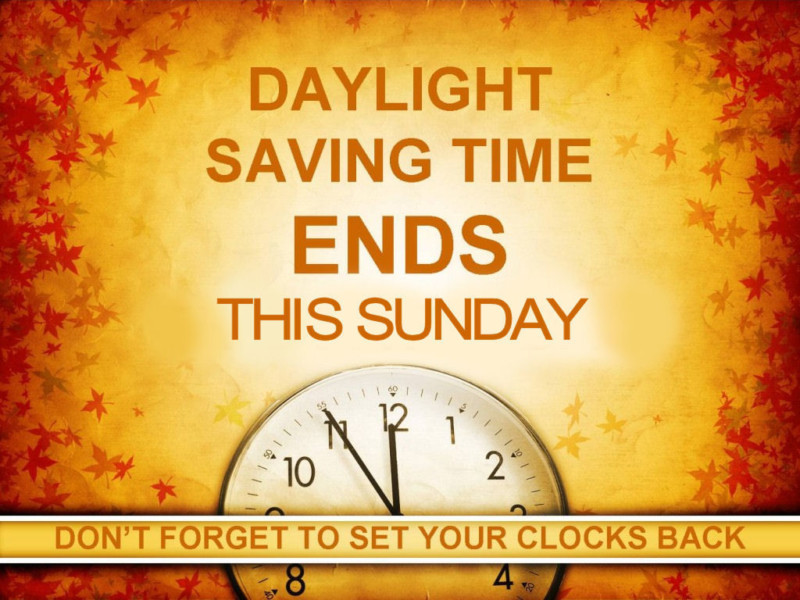 Don’t Forget To Turn Those Clocks Back

Don’t Forget To Turn Those Clocks Back

On November 5th approaches, Daylight Saving Time comes to an end. At 2 a.m. most Americans will set their clocks back one hour, making it 1 a.m. instead of 2. As we fall we lose that extra hour of sleep.

Did you know Benjamin Franklin invented Daylight Saving Time? Well actually the Founding Father proposed the idea of changing clocks to follow the sun in different seasons, but the official clock-changing policy wasn’t adopted in the U.S. until centuries later.

Germany was the first in 1916 to save energy during World War I. In the United States, 1918 was the first year an official clock-changing law went into effect. America’s went back and forth on this concept until, the Uniform Time Act of 1966. There are still some states and cities that do not change their clocks with the rest of the country including Arizona and Hawaii.

According to the sleep experts at Sleep Cycle Americans had mixed feelings about Daylight Saving last year.

This information is based on 110,295 male and female Sleep Cycle alarm clock users, ages 18-74 years old, who voluntarily and anonymously shared their sleep data on March 13 and November 6 of 2016.

And now you know.