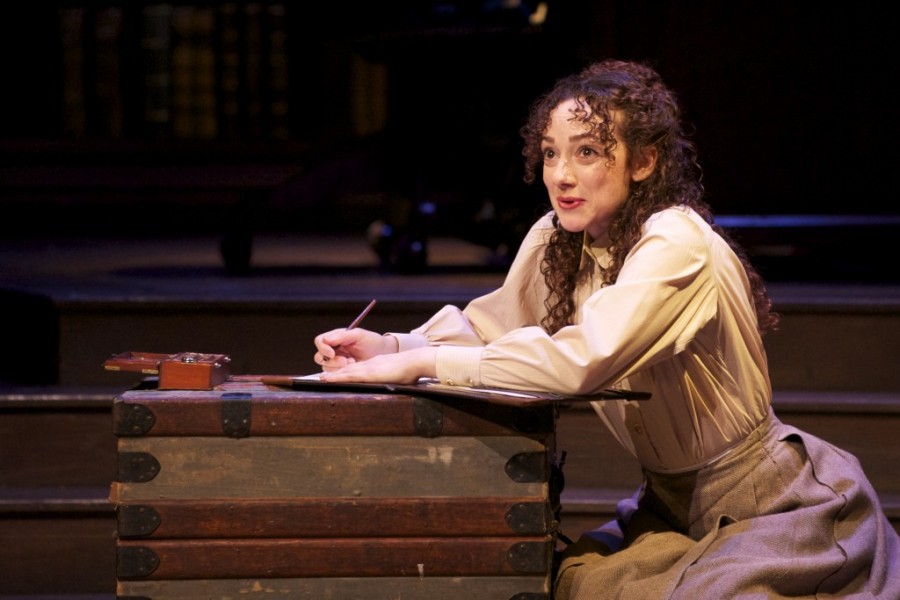 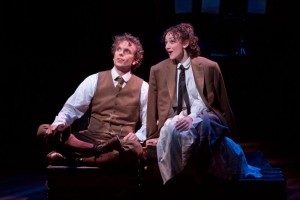 Daddy Long Legs has partnered with Livestream to make history as the first Broadway or off-Broadway performance to be broadcast over the Internet free of charge! Featuring music and lyrics by Tony Award nominee Paul Gordon (Sense and  Sensibility),  book  by  Tony  Award  and  Olivier  Award  winner John Caird (Les Misérables), and direction by John Caird, Daddy Long Legs opened at the Davenport  Theatre (354 West 45th Street) on September 10, 2015.

Daddy Long Legs tells the extraordinary tale of Jerusha Abbott (McGinnis), the oldest orphan in the John Grier Home. One day, a rich, anonymous benefactor (Halpin) decides to send her to college, but she must write him a letter once a month. Unaware of his identity, she invents a nickname for him: Daddy Long Legs. Through her brilliant and witty letters, Jerusha shares her experiences of college while discovering her own identity and reveling in the wonders of literature, adventure and love.  But one key fact eludes her – who is Daddy Long Legs?