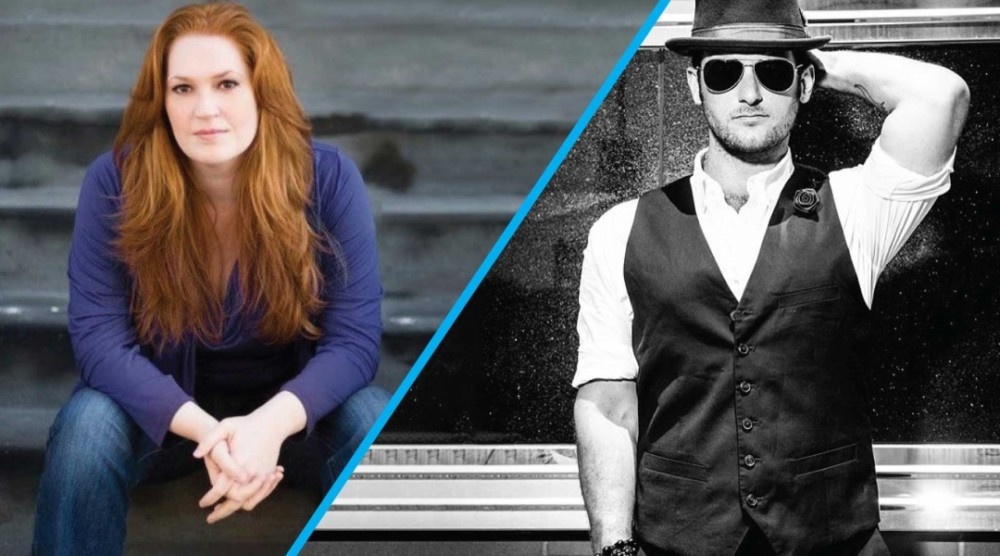 Before you take your seat in the theatre on Tuesday evenings, enjoy original music performed by Broadway actors and composers at the Crossroads of the World. Positioned within Times Square Market, the local outdoor food market in Times Square, audiences can enjoy food and Happy Hour drinks while taking in FREE concerts by Broadway professionals. The concerts take place at the Plaza between 43rd and 44th Streets.

Katie Thompson 5pm
Katie is an actress and singer-songwriter. She was last seen in the world premiere of “Renascence” by Carmel Dean and Dick Scanlan, and “R.R.R.E.D. a Secret Musical”- to which she wrote the music and lyrics. Other roles include: Vashti in “Giant” by Michael John LaChiusa & Sybille Pearson at The Public Theater, The Witch in “Big Fish” by Andrew Lippa & John August at The Oriental Theater Chicago, and Rhetta Cup in “Pump Boys & Dinettes” at New York City Center. She has been a featured composer in Playbill’s “The Contemporary Musical Theater Songwriters You Should Know,” and “It’s Revving Up – The Next Generation of Female Songwriters…” columns and performance series at Feinstein’s/54Below, Lincoln Center’s “New Contemporary Songbook” series, as well as their annual “Broadway’s Future Songbook” series featuring original Christmas songs. Her original music and reimagined covers from her solo albums: “Private Page,” “KT LIVE,” and “What I’ve Done Right” have been featured on “So You Think You Can Dance” America, Canada, and the U.K. She is currently working on a new Christmas musical, and a musical about choosing to live. www.katiethompson.com

Drew Gasparini 6pm
Drew Gasparini is an award-winning musical theatre composer/lyricist and singer/songwriter. He was a contributing songwriter for the musical TV series, SMASH on NBC. His songs have been heard on TV shows such as Gainesvilleon CMT and The Biggest Loser on NBC, and his song Back On My Feet Now was used by President Barack Obama for his last speech at the U.N. Concerts of Drew’s work have been performed all over the world, from the Kennedy Center and Lincoln Center all the way to the St. James Theater in London, and several other venues in both the UK and Australia. In 2019 Drew co-wrote the songs for Skittles Commercial: The Broadway Musical, a full live-production-Super-Bowl-ad starring Michael C. Hall. The publicity stunt was named the #1 Best Super Bowl Commercial by Forbes Magazine. Currently, Drew is writing Broadway adaptations of the movies NIGHT SHIFT for Warner Bros. Theatre Ventures, and It’s Kind Of A Funny Story (book by Alex Brightman) for Universal Theatrical Group. He is also working with Alex Brightman on a musical adaptation of the award-winning children’s novel, The Whipping Boy.
www.TheDrewGasparini.com