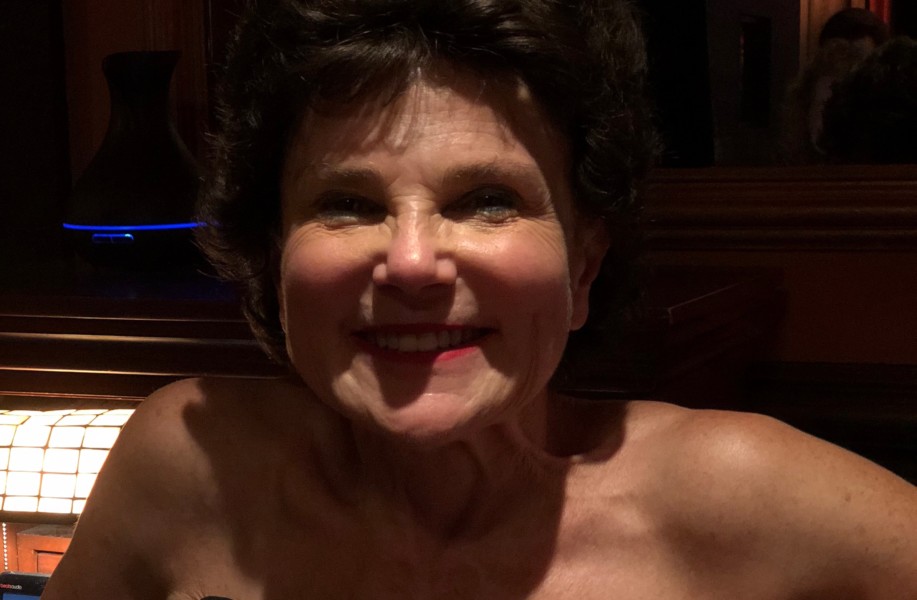 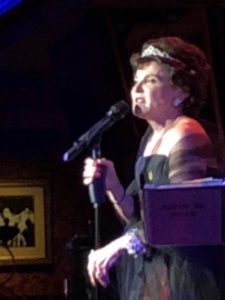 DAMN YOU, MY NEW YORK.

[I WAS] A WOMAN IN THE WORKFORCE

ADRIFT IN MY NEW YORK.

HOW DID I GET MY NAME UP THERE?

WAS IT A STROKE OF LUCK?

EGOS/LIONS I HAD TO TAME UP THERE

BASTARDS I HAD TO…

JUST HOW MEAN I WAS?

THRILLED—AND SCARED—AND LOST IN YOUR HAZE

IN THE DAYS BACK WHEN, OH.

ME THERE, NEW YORK,

OH, HOW GREEN I WAS.

BACK WHEN I MADE MY DEBUT:

TO TAKE SOME NO ONE AND MAKE HER 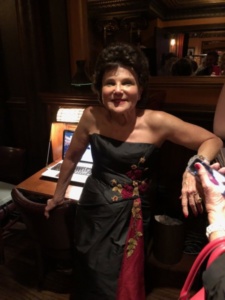 Six-time Tony nominee Tovah Feldshuh, wow’d last night in Tovah Is Leona! featuring highlights from the new musical The Queen of Mean with music by Ron Passaro, lyrics by David Lee, and a book by Alex Lippard and Lee with a concept and additional lyrics by Lippard. The life of the late hotel queen Leona Helmsley, who was imprisoned for tax evasion, came back from Hell to perform at Feinstein’s/54 Below July 5–7 at 7 PM.  Tovah Is Leona! was conceived by Feldshuh, and features musical direction, arrangements, and additional lyrics by James Bassi with act concept, direction, additional arrangements, and lyrics by Jeff Harnar. 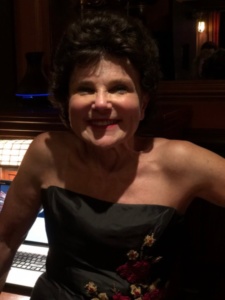 Tovah embodies this New York name with every fiber of her being and semi resembles the women whose name for a period of time everybody knew. Tovah may be in her 60s, but she is alarmingly fit and is the quintessential performer. She can put across a lyrics with the conviction of a put bill with a salacious grin. She let’s us all know she is there for our enjoyment but she is enjoying this just as much.

This show has fun, frolic and mayhem,with lines like “Dead 11 years and I can still nail a middle C”, as Tovah sings that not into oblivion. The tunes are catchy, tuneful and lyrically hysterical, especially the ones by The Queen of Mean team. Interspersed between the new musicals songs are parody’s of “It’s Today” from Mame, “On Broadway,” “We Are Family,” “9 to 5”, “I’m Just Wild About Harry,” “When Your Good To Mama” from Chicago, “Jail House Rock,” “The Party’s Over” from Bell’s Are Ringing and Leona’s Mega Melody, which is a mash-up of several songs. These lyrics by James Bassi  are bawdy with lines like “Working 9-5 is for amateurs” and when describing Harry “6 ft 3 with a size 14 shoe, you do the math.” Tovah does takes being mean in stride stating “If the broom fits, I’ll ride it.” And as for her tiff with Donal Trump “I wouldn’t believe the man in the white house if he were notarized.”

As for the introduction to The Queen of Mean, I had already been a fan, when at the meet and greet for this show I heard “Real/ Estate Listings” through the door before the event started and wanted to know where that song was from. Other songs to watch out for include “The Helmsley Way” and the lush ballads “Something On Air” and “On the Top Of The World”. The team of Ron Passaro, David Lee, and Alex Lippard are definitely going to be on the rise and this is a show to watch gather momentum.

In a world where we are trying to make sense of everything, Tovah Is Leona! is the perfect answer. This is a do not miss!