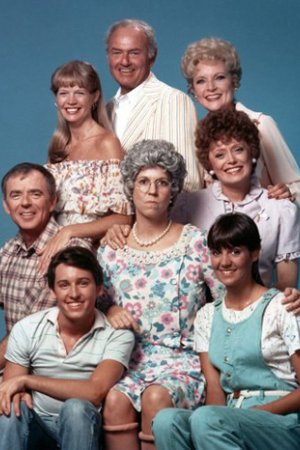 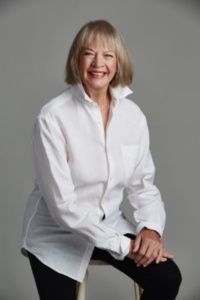 Television icon, Dorothy Lyman, who is well known for playing Opal Gardner on All My Children and Naomi Oates Harper on Mama’s Family, will premiere her new play, In the Bleak Midwinter, at Shetler Studios’ Theatre 54, in Manhattan. The production stars Blue Bloods series regular, Abigail Hawk. The limited engagement runs September 8 – 23 with opening night slated for September 8.

It’s a freezing Catskill winter outside on Gladstone Farms and pretty frosty inside the farmhouse kitchen too, as 3 generations of women debate the fate of their matriarch. A holiday weekend with family becomes a fulcrum for change, as recently widowed Elizabeth Gladstone (Dorothy Lyman) faces old age and the loss of her home. Betsy, her daughter, (Abigail Hawk) and granddaughter Liz, (Jeanne Lauren Smith) each have their own ideas about what should happen. Betsy wants to cash out, Liz wants to try to hang on to the farm. Tempers are as short as the winter days. But for Elizabeth, the only real question is can the third act of her life really be the best one yet? 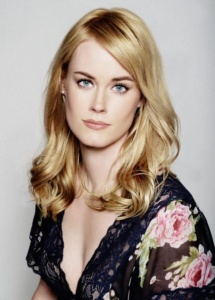 In the Bleak Midwinter stars Tim Bohn (Friends/NBC & Quantico/ABC), Abigail Hawk, Brennan Lowery (Happily Ever After/59E/59), Dorothy Lyman, Jeanne Lauren Smith (Conquest of the Universe or When Queens Collide, directed by Everett Quinton/La MaMa), and Shannon Stowe (Medea/New School for Drama).
The design team includes set design by Johanna Pan, lighting design by Elizabeth Mak, and sound design by James Higgins. Megan Schadler serves as production manager with stage management by Natalie Jones. The production is directed by Katie McHugh.
In the Bleak Midwinter runs September 8 – 23, Wednesday – Saturday at 8 pm, Saturday’s at 3 pm on September 15 and 22, Sunday’s at 3 pm on September 16 and 23. Performances take place at Shetler Studios, 244 West 54th Street (between Broadway & 8th Avenue), 12th Floor, New York, NY 10019. Subways: A/B/C/D/1 to Columbus Circle, N/Q/R/W to 57th Street. Tickets are $18 and are available at www.stuffedoliveinc.com. Running time 75 minutes.
Dorothy Lyman (Playwright/Elizabeth Gladstone) has had a long and illustrious career as an actor, playwright, director, and producer. She won two Emmy Awards for her work as Opal Gardner on All My Children and is well known for her work on Mama’s Family where she played Naomi Oates Harper.
Ms. Lyman is also a theatre/television director and filmmaker. She directed 75 episodes of the hit show, The Nanny for CBS. Her first film, shot in Delaware County, The Northern Kingdom, is currently available on Netflix, as is her second film, Split Ends. A documentary on aging, Janet’s Class is seeking distribution. Ms. Lyman produced and directed Enemy, her adaptation of Ibsen’s An Enemy of the People (2016), and her full-length plays A Rage In Tenure (2017), as well as Soft Landing (2018) at Teatro Santa Ana in San Miguel de Allende, Mexico.
Ms. Lyman has adapted John Scherber’s Mysteries in Mexico series of detective novels for television. Current film and television work includes guest starring on episodes of HBO’s Divorce and Elementary on CBS. As well as appearances in Bad Hurt (2015) and Bullitt County (2018), along with Back Fork and Vault, both currently in post-production.
Katie McHugh (Director) MFA directing, The New School for Drama. Artistic Director, Yonder Window Theatre Company (YWTC). Selected Directing Credits NYC: Medea, New School for Drama; The List at FringeNYC 2012 (Winner of Overall Excellence in a Solo Performance). Katie has produced and directed several shows under the YWTC banner: PLACES (59E59 and The New Town Theatre in Edinburgh), The House on Poe Street (14th Street Y Theatre), and The Dream Project 2.0, (GK Art Center in Brooklyn). Katie is a member of the League of Professional Theatre Women.
Abigail Hawk (Betsy) is a New York-based actress who has worked on such television shows as Body of Proof, The Jim Gaffigan Show, and Are We There Yet? She most recently guest-starred opposite Mariska Hargitay and Raul Esparza on Law and Order: SVU.  She is well known for playing Detective Baker, the unflappable right hand of NYPD Police Commissioner Frank Reagan (Tom Selleck) on CBS’ Blue Bloods, currently in its 9th season. Hawk’s film work includes her award-winning performance in Almost Paris and the romantic dramedy Rich Boy, Rich Girl. She also starred opposite Chevy Chase in ION Network’s feature A Christmas in Vermont. Upcoming projects include Brother’s Keeper with Laurence Fishburne and Milo Gibson. Abigail is a proud member of both SAG-AFTRA and Actor’s Equity Association.
Related ItemsAbigail HawkAll My ChildrenBlue BloodsDorothy LymanIn the Bleak MidwinterMama’s FamilyNew
Off Broadway