Draupadi Unleashed is Going To Cannes: Meet the Author 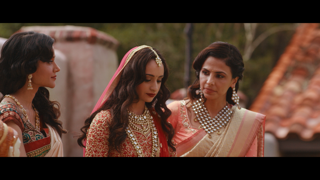 Draupadi Unleashed is Going To Cannes: Meet the Author

Author Nisha SAbharwal sat down with t2conline to talk about  her film Draupadi Unleashed based on her book. The film tells the story of a young girl’s coming of age in the male dominated world of 1930’s British India.  The film premiered at the  New York Indian Film Festival 2019, which took place from May 7 – 12, 2019, before heading to the Cannes Festival in two weeks. NYIFF served as the festival where Monsoon Wedding and Slumdog Millionaire made their North American premieres.

“Draupadi Unleashed” is a romantic narrative rooted in mysticism that centers on 16-year old ‘Indira,’ portrayed by newcomer Salena Qureshi (also in upcoming Netflix series, “The Society”), who finds herself torn between love and duty in following through with an arranged marriage and the manipulations of her powerful guru, ‘Manu,” portrayed by film/tv star Cas Anvar (next seen in “The Operative” opposite Diane Kruger and Martin Freeman). Through her heartbreaking journey to self-discovery, long-held secrets are brought to light and Indira discovers the strength within herself to break free. Featuring a female-centric and entirely South-Asian cast, the orinal narrative feature film showcases the inner workings of a very affluent, sophisticated, western-educated Indian family and its generations of compelling, intertwined relationships.

Bob BlumeFebruary 22, 2021
Read More
Scroll for more
Tap
Set Your Eyes On the Silver Screen: The Most Anticipated Action Movies of 2019
Doris Day Passes Away