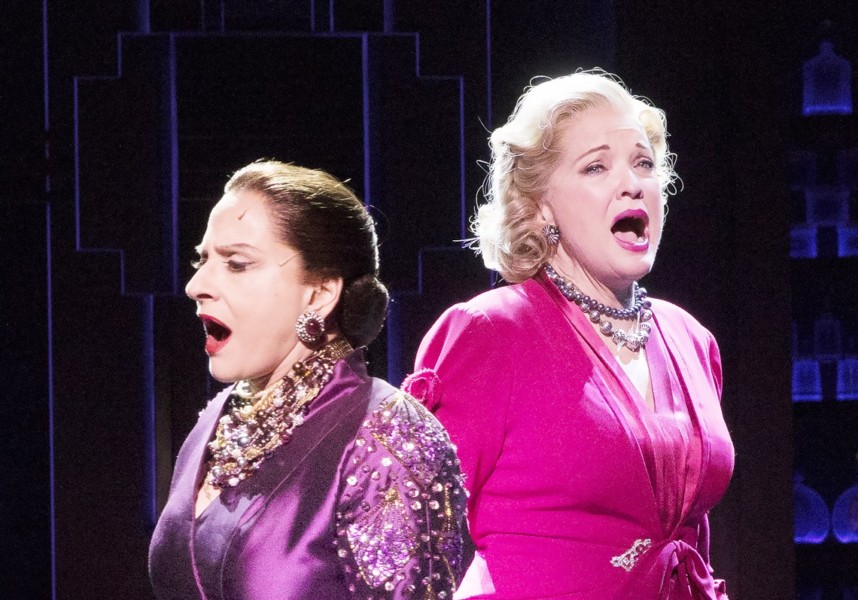 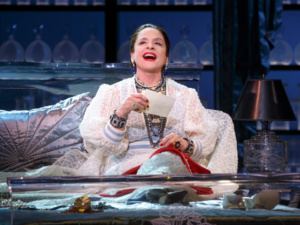 We have known since it was announced that when Bette Midler was starring in Hello Dolly, she was a shoe in for a Tony Award for Best Actress in a musical. After seeing War Paint, I have to admit I am glad, because it would seriously be criminal to give the award to just one of the stars giving a master class in musical theatre at the Nederlander Theater. Elizabeth Arden and Helena Rubinstein, are embodied by Christine Ebersole and Patti LuPone, and they are iconic. 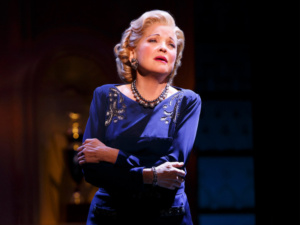 Ms. LuPone brings a strong accented, brassy, no nonsense dame to life, gives her layers and a belt that goes on and on. Ms. Ebersole brings grace, glamour, a fine tuned instrument and strips them all down to it’s emotional core. From solo after solo, you become more and more enrapt. The business of beauty and the success of woman, has never been more on display. 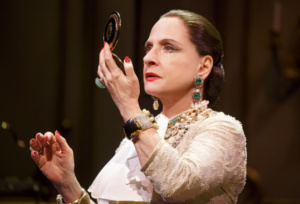 Arden (Ebersole) and Rubinstein (LuPone), ruled their beauty empires from the same Manhattan neighborhood between 1935 and 1964. War Paint, shows the struggle of two completely opposite women struggling to stay in control in a field that did not exist until they came along. As they dominated an era where men had all the power, control and money, they lost husbands (Arden’s husband Tommy Lewis played by John Dossett), business advisers (Rubinstein’s gay right-hand man, Harry Fleming, Douglas Sills) and children. Even women were against them, as they were excluded from New York society because Rubinstein, was a Polish Jew and Arden, a Canadian Episcopalian who was considered a social climber.  They were betrayed by men and women. 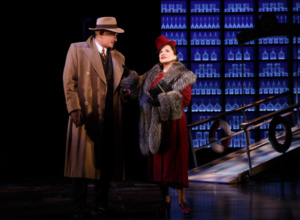 Ms. Ebersole shines in “Pink,” about how no-one really knew her and Ms. LuPone has been given a Kurt Weill homage in “Forever Beautiful.” The song that is the most touching however, is their duet called “If I’d Been a Man.” Sills and Dorsett make the most of their thankless roles. 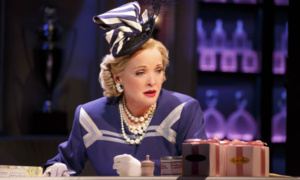 Michel Grief has created a sophisticated, visually stunning world thanks to Catherine Zuber’s amazing costumes (I expect a Tony here), David Korins’s set is perfectly lit by Kenneth Posner in magentas and blues. Christopher Gattelli’s choreography brought us through the era’s with the dances steps of the time, as did Scott Frankel (music) and Michael Korie (lyrics). I really loved this score, which I found smart, lilting and extremely palatable. Bruce Coughlin’s orchestrations are also extremely well done.

Doug Wright’s book is witty and informative. I learned things I never knew, such as how and why there are labels on cosmetics.

Not sure why the critics are giving this show a bad rap, because this is definitely on my Best Musical list of the year. I recommend this show highly, especially to women.