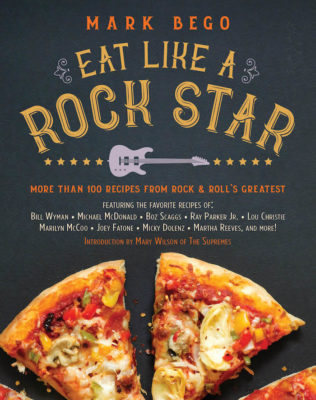 Eat Like a Rock Star An Interview Must For Foodies

Eat Like a Rock Star An Interview Must For Foodies 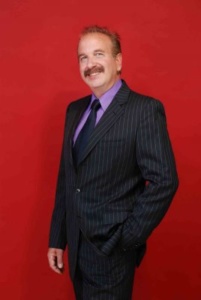 Who knew that Bill Wyman (The Rolling Stones) makes an amazing Lamb Chops with Endive and Blue Cheese Salad, that Michael McDonald (The Doobie Brothers) loves Pasta with Ham and Parmesan Cheese, or that Boz Scaggs eats Tuscan Grilled Chicken? 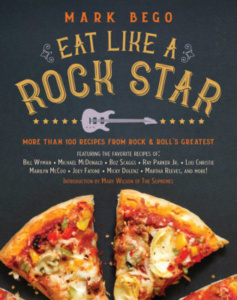 With more than a hundred recipes from seven decades of rock ‘n’ roll, pop, country, RnB, and disco, Mark Bego, along with Mary Wilson of The Supremes, gathers beloved recipes from legendary rocker friends and invites the ultimate music fan to put on an apron and join them at the table. Featuring each rock star’s biography, their favorite recipe, and other fun facts, Eat Like a Rock Star is a must-have for every die-hard rocker-at-heart who loves to eat. 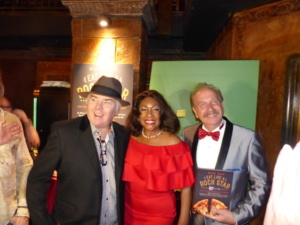 T2C’s Magda Katz sat down to talk with Mark Bego. 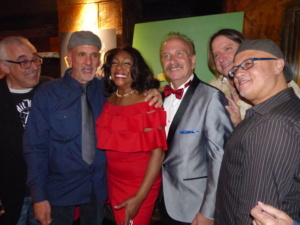 Mary Wilson with the Hit Men

T2C: When did you begin this project, and how long did it take? 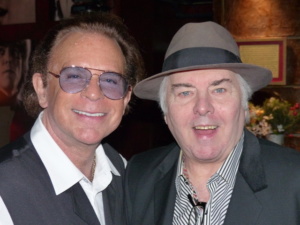 Mark Bego: The project began with a magazine I did with Mary Wilson to commemorate the 50th anniversary of The Supremes. I had asked Mary for a couple of “Supreme” recipes, and when the magazine was published, I loved those two cooking pages. It was that magazine that triggered the idea of a rock star cookbook. I started it in 2013 with a celebrity food blog, as a prototype for “Eat Like a Rock Star,” Then in 2016 Skyhorse Publishing purchased the proposed book, and the project really went into high gear.

T2C: Who was the first person after Mary Wilson that you approached?

Mark Bego: My “test case” Rock star was Boz Scaggs. I was set to interview him in 2013 about his “Memphis” album. I knew that he had a winery in Northern California, so I figured he must have food to pair with his wines. When I did the interview, sure enough, he gave me not one—but two—recipes for chicken. Right then and there I knew my cookbook idea was a winner. After that I went to my closest Rock star friends, Randy Jones of The Village People, Angela Bowie, Jimmy Greenspoon of Three Dog Night, and a new friend: Michelle Phillips of The Mama & The Papas. That is how I started.

T2C: How did you pick which Rock Stars to approach for recipes?

Mark Bego: When I was growing up in suburban Detroit in the ’60s and ’70s my favorite musical groups were The Supremes, The Mamas & the Papas. Three Dog Night, The Monkees. The Rolling Stones, Martha & The Vandellas, The Fifth Dimension, The Doobie Brothers, and The Beatles. These people headed up my first “wish list” for this book. I am happy to be able to say that I have all of these groups represented, including Martha Reeves, Micky Dolenz of The Monkees, and Bill Wyman of The Rolling Stones. Although I did not get Paul McCartney or Ringo Star recipes, my Beatles connection in “Eat Like a Rock Star” is an incredible salmon recipe from John Lennon’s son Sean.

T2C: Where there recipes that you rejected?

Mark Bego: I was pretty open to whatever recipes I was given. In a couple of instances I was given more recipes that I needed for this book, which I have held on to. I am happy to report that I was given some very unique recipes. I have to admit, I was a bit apprehensive when Martha Reeves gave me her recipe for Smoked Turkey Necks and Lima Beans. But, I made it just like she told me to, and it was excellent! There were also a couple of recipes that I was given without specific measurements. That is the sign of a very creative “intuitive cook.” And, some people cook using “a splash or this” or “a pinch of that.” A real cookbook doesn’t have “pinches” or “splashes,” so on some of the recipes I had to have a back and forth dialogue with the rock stars the formulas and the measurements right.

T2C: Did you try out each recipe?

Mark Bego: Absolutely! For me, that is what makes “Eat Like a Rock Star” so unique. Not only did I gather all of these recipes, I made every item, I tasted everything, and I photographed all of the results too. Every food photo in this book was personally taken by me right after I made it, or as I served it. This way I am able to honestly say to the readers of this cookbook: “If I made this beautiful and delicious food in my kitchen, you can too.”

T2C: How many recipes did you ask from each Rock Star?

Mark Bego: Originally, I asked for one recipe from everyone, but I soon found that some of the rock stars had several things that they wanted to have representing them. Marilyn McCoo of The Fifth Dimension was a real wealth of different and unique recipes. I had ten specific chapters I needed to fill, so when Marilyn shared four different recipes, each from four different categories, I decided to take them all. The same thing happened with Thelma Houston, she had four great recipes, and I loved them all. And my dear friend Mary Wilson was an absolute wealth of recipes as well!

Mark Bego: There were a couple of managers of different stars who did not want to help me obtain recipes from their clients. However, for the most part, the rock stars I have met in my 40+ year career have always been friendly and receptive to me, so I feel that I had overwhelming success with my choices in rock star chefs. Many of them I met and interviewed back in the 1970s, and was still in touch with. This included Marilyn McCoo, Tanya Tucker, Freda Payne, Michael McDonald of The Doobie Brothers, Melanie, Martha Reeves, Angela Bowie, Cory Daye, and August Darnell. I attend a lot of celebrity events, so I had no problem just asking for recipes from rock stars face-to-face.

T2C: What was the biggest challenge putting this book together?

Mark Bego: One of the on-going challenges that I had doing this book, was maintaining a balance as far as the menu items within the chapters. For instance: at one point I had several salmon recipes, and a couple of multi–seafood items, but no one seemed to be taking on lobster, soft-shell crabs, or scallops. Since this book was also to contain at least three of my own recipes per chapter, I found myself developing recipes that used whatever missing items I felt were needed for the book. I loved that this challenge made me come up with some really unique culinary creations for the book.

T2C: This was a departure from the type of books you write. Was it harder or easier?

Mark Bego: In many ways it was harder, or at least more work. What I absolutely loved about suddenly shifting gears to write a cookbook, was the fact that it challenged my creativity in many new ways. I learned a lot of lessons from reading and studying cookbooks and cooking magazines in the last four years. It not only made me want to “step up my game” in the kitchen, it gave me several visual ideas as well. I set out to write a book that had great food, fascinating rock & roll characters, and colorful photos of every single menu item. Since I took all the photos, I found myself “wearing all the hats” on this project: chef / writer / photographer.

T2C: Will you do another cookbook?

Mark Bego: Because of the great reception that “Eat Like a Rock Star” has received, I have already spoken to my editor about a possible “Volume 2” in my future. Just in case, I have already outlined what a second volume of this book might have in it. If I were to do it, I would want it to augment what is in this book, and add many new recipes and recipe items. Let’s just say, I am already strongly considering it.

T2C: What is your next project?

Mark Bego: I actually have three of my rock star chefs who want me to do books with them, so “Eat Like a Rock Star” has opened up several new doors for me. As witnessed by my past book catalog, I clearly love writing books. By doing this cookbook, I think I have found a whole new direction for my career. Let’s cook!

Suzanna BowlingSeptember 26, 2022
Read More
Scroll for more
Tap
A Look at The Different Types of Bottle Openers – Which One Should You Buy?
Meet Clothing Designer Ryan Orabone and His New Line Till I Die