Eclipsed Writer and Star Working on Another Project For Disney

Eclipsed Writer and Star Working on Another Project For Disney 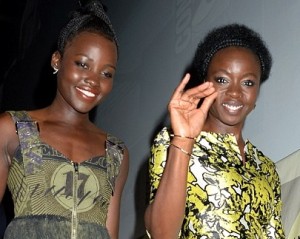 It’s official Lupita Nyong’o is onboard for the upcoming Black Panther movie. She and Danai Gurira were named at the San Diego Comic-Con on Saturday. The Oscar-winning actress joins director Ryan Coogler.  Nyong’o plays Nakia and Gurira plays Okoye in the Marvel movie. This will be Nyong’o’s third film for the Disney franchise having previously landed a recurring role in the Star Wars flicks and voice the role of Raksha in the recent Jungle Book.

Fifty years after he first appeared in a Marvel comic book, the Black Panther—the world’s first mainstream black superhero—made his film debut in Captain America: Civil War. Created by Marvel writers Stan Lee and Jack Kirby, the Black Panther, also known as T’Challa, was introduced in 1966 in an issue of the Fantastic Four before getting his own major comic in 1973.

Black Panther is the king of Wakanda, a technologically advanced fictional nation in Africa. Long before he was born, a meteorite made of vibranium (the same mineral that Captain America’s shield is made from) crashed in Wakanda. The country then isolated itself from the world, fearing that others would try to exploit it for the rare resource. Its technology developed separately from the rest of the world, far surpassing the capabilities of even the US.
Black Panther is portrayed by Chadwick Boseman, who played baseball legend Jackie Robinson in 42 and funk icon James Brown in Get on Up. The Black Panther film is due out in 2018.
Writer Stan Lee will also play a small part in the film.
Related ItemsBlack Panther movieCaptain AmericaChadwick BosemanComic conJack KirbyLupita NyongoMarvelNewStan LeeStar Wars
Broadway