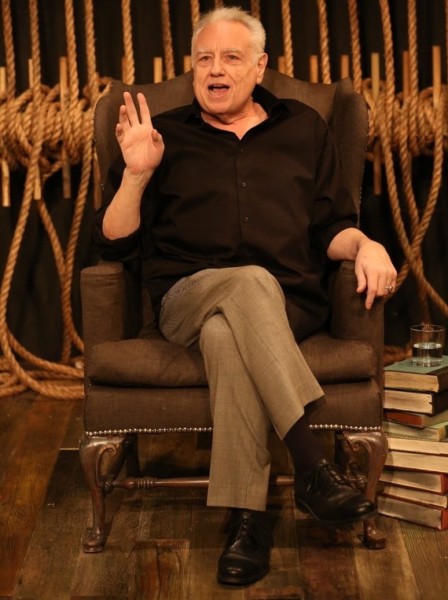 Ed Dixon’s Georgie: My Adventures with George Rose Proves Life Is More Wicked Off The Stage

Ed Dixon’s Georgie: My Adventures with George Rose Proves Life Is More Wicked Off The Stage 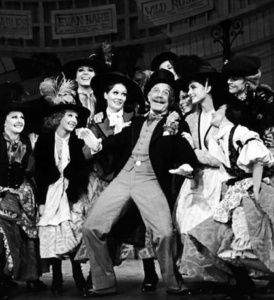 George Rose In My Fair Lady

Ed Dixon’s tour de force performance in Georgie: My Adventures with George Rose at the Davenport Theatre, is an homage to theatre and the late great character actor George Rose. Hero worship sometimes leads to painful discoveries, as Mr. Dixon found out, when the truth of Mr. Rose’s personal life was revealed after almost twenty years of “friendship.” Not only does Mr. Dixon unearth the stories and truth’s behind the man, but he reveals truths about himself as well. This is an honest portrayal of not one, but two lives. 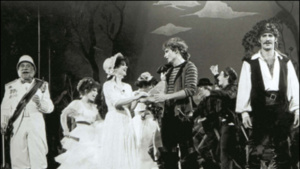 Dixon met Mr. Rose as a young man when cast in his first show The Student Prince. From the first Mr. Rose was larger than life and Dixon was enrapt watching him perform. Rose was already a theatrical English comedic legend and lived up to his reputation. When Ray Walston (My Favorite Martin, Damn Yankees) took over in the role, the company found out just how inventive George Rose was. Rose and Dixon’s lives kept intersecting and as they did Mr. Rose allowed the young actor into his life. He regaled him with stories of Laurence Olivier, John Gielgud and the theater greats. He kept large cats (a mountain lion, lynx, a South American wildcat) and bore the scars of the teeth and bite marks. Rose lived life on the masochistic side. When Rose was cast in The Mystery of Edwin Drood all of sudden the teacher need a voice coach and called Dixon. This went on until Dixon was invited to the Dominican Republic and what happened there changed Dixon’s life forever and brought about this show. The last twenty minutes are a rollercoaster ride off a cliff that you will not see coming. Director Eric Schaeffer, who originated the play at his Signature Theatre in Arlington VA, keeps the pace and the tension. 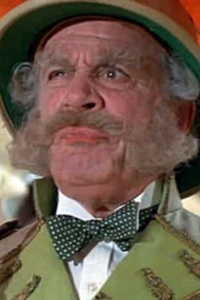 George Rose in the film version of The Pirates of Penzance

Dixon embodies Rose layer after layer. We see his humor, eccentricities, complexity and a life veiled in a dark secret, that is now exposed. We see Rose, not Dixon as he is letting the young actor into his world imitating those theatre greats. Dixon is a master storyteller and writer who keeps our attention to the fullest. 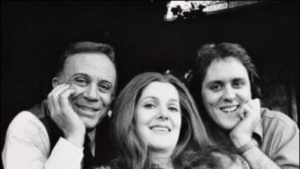 In My Fat Friend with Lynn Redgrave and John Lithgow

For those who do not know Rose’s work, he was the Modern Major General in the stage and film version of The Pirates of Penzance. He was Captain Hook to Sandy Duncan’s Peter Pan. In 1974 he won a Drama Desk Award for his Outstanding Performance in My Fat Friend with Lynn Redgrave and Christopher Walken. In 1976 he won a Tony and a Drama Desk Award for Best Actor in a Musical in My Fair Lady beating out Ian Richardson’s Henry Higgins.

You don’t really have to know who George Rose was because after seeing Georgie: My Adventures with George Rose, you will know who Mr. Rose was. Georgie, is a delightful biopic that will let you know that everyone is flawed, scared and just this side of off. Georgie will make you laugh, but also cry for society.