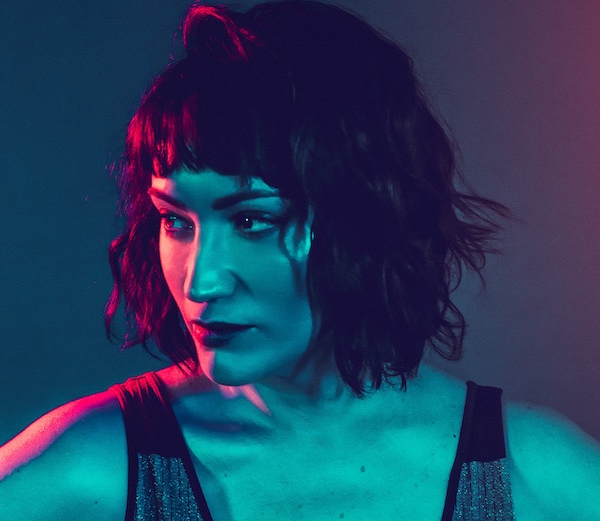 The Green Room 42 the new intimate concert venue dubbed Broadway’s “off-night hotspot” by The New York Times – will present Broadway’s Eden Espinosa (Wicked, Rent, Falsettos) in her new solo show “Unplugged & Unplanned” for a month-long residency with four performances between Sunday, February 9 and Friday, February 28. Inspired by the energy of the new decade, Espinosa will shake things up and try something she’s never done before: an laid-back evening of intimate dialogue, taking requests, special guests, spontaneous moments and off-the-cuff stories. Featuring selections from both of her albums, Broadway hits, pop covers, songs she’s never sung before and more, “Unplugged & Unplanned” will deliver a different experience at every performance.

Eden Espinosa is most recognized for her critically-acclaimed portrayal of Elphaba in Wicked on Broadway and in Los Angeles and San Francisco. Other credits include originating the title character in Brooklyn the Musical, Flora in Flora the Red Menace, and Maureen in the closing company of Rent on Broadway. Eden is fresh off of the Broadway National Touring production of Falsettos, in which she played Trina. Eden has also originated the role of Sadie Thompson in the world premiere of Rain at the Old Globe Theater. She portrayed Eva Peron in TPAC and Studio Tenn’s production of Evita. In 2017, she toured Denmark and London playing Emma Borden in the rock musical Lizzie. She played Mary Flynn to rave reviews in Maria Friedman’s production of Merrily We Roll Along at the Huntington Theatre in Boston. Eden was Daniela in Kennedy Center’s In the Heights. Also portrayed Anita in West Side Story for the BBC PROMS at the Royal Albert Hall. Most recently she originated the role of Tamara de Lempicka in the world premiere of Lempicka at Williamstown Theatre Festival, directed by Rachel Chavkin.

Her television appearances include shows such as “Law and Order,” “Ugly Betty,” and “Elementary.” Voiceover credits include Cassandra in the Disney Channel’s “Tangled the Series,” “Robot Chicken,” “MAD TV,” “Elena of Avalor,” and “Titan Maximum.” Eden’s released her debut album, Look Around, in 2012. She released her sophomore album Revelation in January 2019, which features all new original music. Revelation made its way to #15 on the Pop iTunes Charts upon release. edenespinosa.com

The Green Room 42 recently celebrated its two-year anniversary as the theater district’s premiere destination for live music, nightclub performances and special events. The space lets audiences experience shows featuring Broadway’s biggest names and emerging talent up close and personal like no other space in the world. During the shows, guests can enjoy Mediterranean-inspired dishes alongside signature cocktails, craft beer and curated wine lists with no food/drink minimum. Tickets can be purchased at www.TheGreenRoom42.com. The Green Room 42 is located at 570 Tenth Avenue inside YOTEL in New York City; @TheGreenRoom42