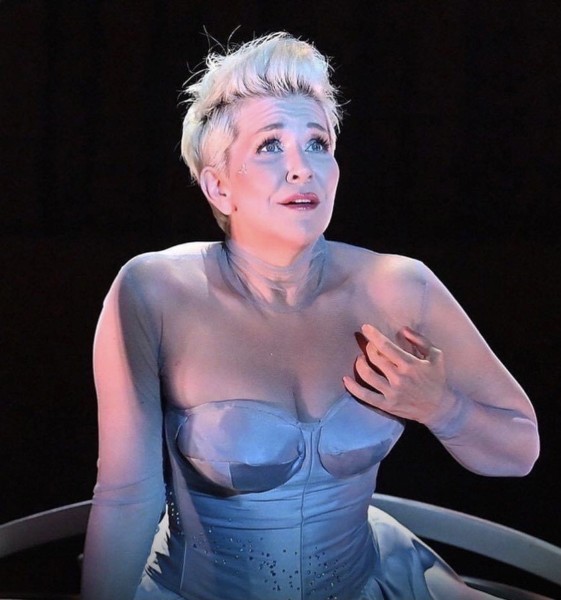 Spreading a message of harmony, love and environmental consciousness through opera, American lyric-coloratura mezzo-soprano, Joyce DiDonato, triumphantly returned to the stage of the Harris Theater with her new project, EDEN, Saturday evening. The three-time Grammy Award and 2018 Olivier Award winner for Outstanding Achievement in Opera, brought a haunting presence and her signature powerful vocals to entertain fans in the Windy City. She remarked “EDEN is an invitation to return to our roots and to explore whether or not we are connecting as profoundly as we can to the pure essence of our being, to create a new EDEN from within and plant seeds of hope for the future.” Described as a “fierce advocate for the arts” her Avant-guard stage performance blended elements of performance art with operatic classics. 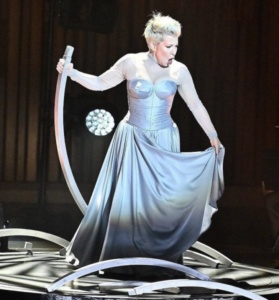 DiDonato began her show in almost complete darkness, slowly descending to the stage from the stairs at the back of the theater. Her voice echoing and enveloping the members of the audience as she continued her slow decent. The remainder of the show took place with her center stage on a podium created by Escenografia Moia, surrounded by two six and seven foot concentric metallic circles, slowly rotating around her as she continued to sing. The Kansas born diva joked, “I am from the Midwest. These are my people” between songs. At one point dropping to her knees, then the next moment laying face-down, recumbent on the floor. No one emotes drama quite like DiDonato. The bold and daring lighting, crafted by New York based lighting designer, John Torres, was more influenced by innovative pop concert passion than what is typically found at a traditional orchestral concert. Please forgive the comparison, but adorned in a periwinkle gown, with cool blonde hair and dramatic makeup, I couldn’t help but notice DiDonato bore a remarkable similarity to Queen Elsa from Disney’s monolithic hit Frozen franchise. 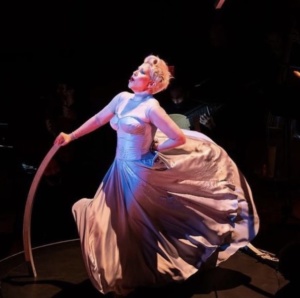 Just to the left of the spinning dias, conductor Maxim Emelyanychev, and surrounding the stage, a global ensemble of almost two dozen world class musicians known as il Pomo d’Oro. Since 2016, Emelyanychev has been il Pomo d’Oro’s chief conductor and together, served DiDonato well. With a blend of lyrics in both English and Italian, translations of the words were projected above the stage and behind the musicians. For those in the know, song selections were chosen from works by Charles Ives, Rachel Portman, Gustav Mahler, Biagio Marini, Josef Myslivecek, Aaron Copeland, Giovanni Valentini. Francesco Cavalli, Christopher Willibald Gluck and George Frideric Handel. For those not in the know, the songs selected included lyrics that reinforced the principle concept of EDEN; garden, nature, rebirth and personal renaissance.  “How lovely was the fragrance of Linden”, “lovely flowers”, “as with rosy steps, hopes of endless nights”, “I am lost to the world” and “sun you redden your lovely eyes”. DiDonato made no secret her agenda, fusing operatic arias with environmental advocacy. 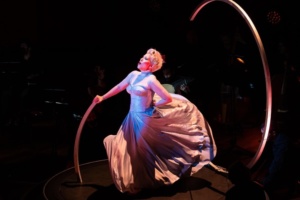 Speaking directly to the audience towards the end of her show, DiDonato commented about the importance of being a friend of the Earth and noted, “harmony” is “nature in balance”. Partnering with the Botanical Gardens Conservation International and the Chicago Botanical Gardens, audience members who attend this tour are provided native seeds to plant in the hopes we can all create our own shared experience garden of EDEN here on earth. She explained the Scarlett Paint Brush packets of seeds were “given by the fantastic Chicago Botanical Gardens.” Her hope is her fans “plant these seeds all over the world. You get to participate in that”. Enjoy “nature right through your fingertips”. 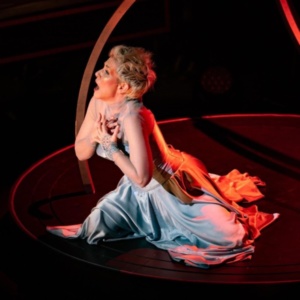 The final segment of the show once again began with Joyce DiDonato speaking directly to the audience about the state of the world. After the Covid-19 pandemic postponed her tour, she emphatically heralded and trusted “we would find a way to be together here” through the “extraordinary efforts of the Harris Theater”. Continuing, the “opposite of war is not peace, it’s creation” and challenged her audience with “what can we create right now”? 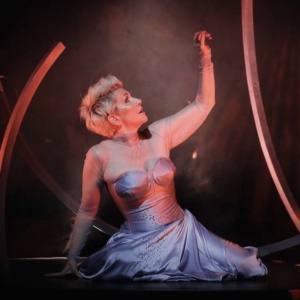 She spoke of a class of students in England who were tasked with the concept assignment “what if trees could sing”? Out of that came individual poems and performance pieces by those same students, which were then collected and reworked into a single song, “Seeds of Hope”. Originally composed by the children of the Canterbury Choir, Bishop Ramsey CE School, England and Mike Roberts, she was joined on this song by the Ann Arbor Youth Chorale and their conductor, Bonnie Kidd. Performing on stage was “transformative” for the students, however appearing the night before Easter may prove challenging. They were singing in Chicago at 9:00 pm Saturday evening at the Harris Theater, but also have appearances scheduled at Sunday services in Ann Arbor starting with 6:00 am call times. Trust me that is not a short trip and they shared they were scheduled to return home in the middle of the night. Something tells me those young ladies will spend much of their Easter afternoons taking well deserved disco-naps. 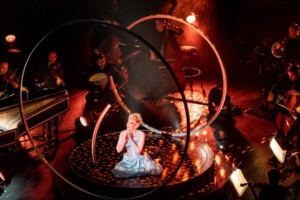 While the biblical concept of Eden was a “garden paradise” or “state of innocence and bliss”, DiDonato’s EDEN is far more grounded in reality. As her epic voice soared, her underlying message was squarely modern day Mother Earth. She concluded her performance with a quote “never was the shade of a plant more dear and loveable”. In this time of global unrest, truer words were never spoken. Here is hoping DiDonato’s seed of an idea will continue to grow. 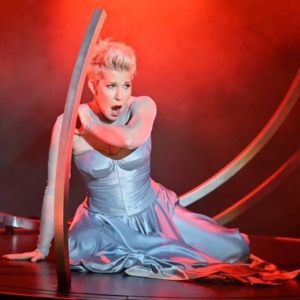