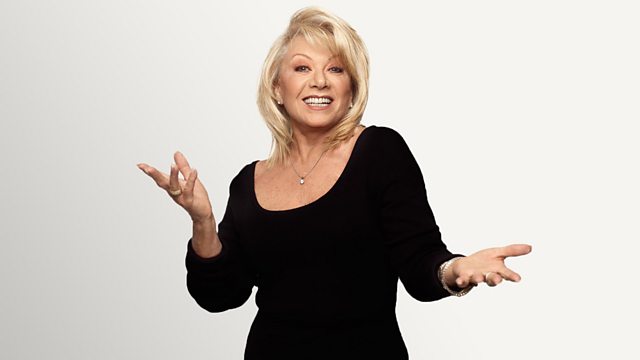 What is there not to say about Radio 2’s very own doyenne of the theatre world? Elaine has been presenting Elaine Paige on Sunday for over 12 years. The show – devoted to musical theatre and film audiences – continues to delight millions of listeners each week!

This week is the World on a Plate Edition, where very song played has the word “World” in it’s title.

A true tour de force, Elaine has made a major contribution to the modern musical that ensures her own chapter in the entertainment world and justifies the title “The First Lady of Musical Theatre”.

Elaine has starred in numerous West End productions, as well as internationally on Broadway – sweeping to fame when she created her award winning performance as Eva Peron in Evita. Shortly afterwards she created the role of Grizabella in the original production of Cats and the classic song Memory became one of Elaine’s many hit records. Further theatre productions: Hair, Jesus Christ Superstar, Grease, Billy, Chess (with her record breaking number one hit I Know Him So Well with Barbara Dickson), Anything Goes, Piaf, Sunset Boulevard in London and Broadway, The King and I, Sweeney Todd (New York City Opera). She has worked twice with Sir Peter Hall’s Theatre Company in The Misanthrope and Feydeau’s Where There’s A Will.

As well as performing in concerts worldwide, Elaine works tirelessly for and is a patron of many charities.

Magda KatzAugust 6, 2022
Read More
Scroll for more
Tap
The Glorious Corner
What to Watch in The New Year: Jan 4 – 5