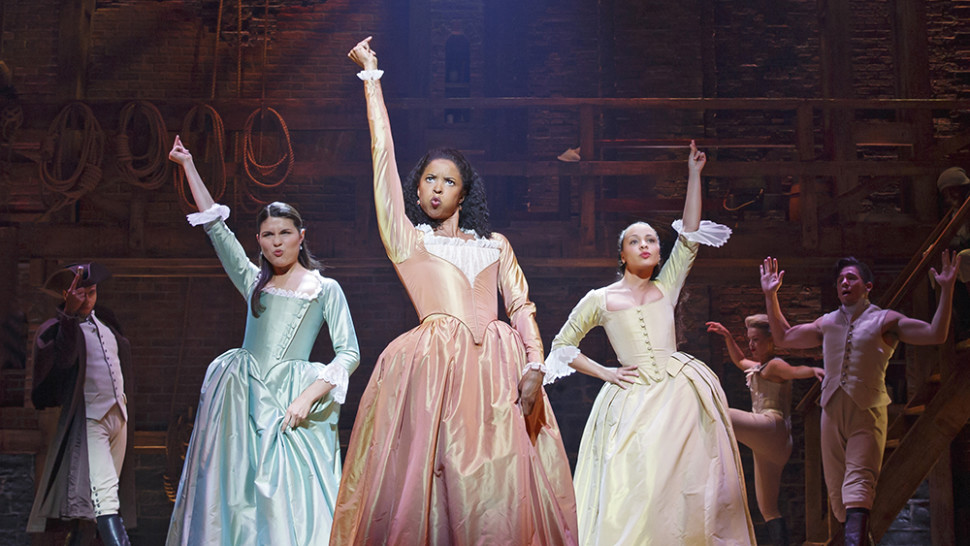 Eliza, Angelica and Peggy Schuyler From Hamilton Will Perform America the Beautiful During The Super Bowl Prequel

Eliza, Angelica and Peggy Schuyler From Hamilton Will Perform America the Beautiful During The Super Bowl Prequel

That’s right the Schuyler Sisters  perform at the Super Bowl prequel. The original sisters from Hamilton Phillipa Soo, Renée Elise Goldsberry and Jasmine Cephas Jones will reunite for a special moment in time, to perform “America the Beautiful” during the live televised pregame show, airing Feb. 5 on Fox.

All three actresses have gone onto roles on the small-screen. Goldsberry, is now on “The Good Wife‘s” Geneva Pine and has recurred on “The Following” and “Law & Order: SVU.” Soo was on the second season of “Smash” and can be heard on the big screen in “Moana.” Jones has guest-starred on “Blue Bloods” and “Odd Mom Out.”

I guess football and Broadway do mix.