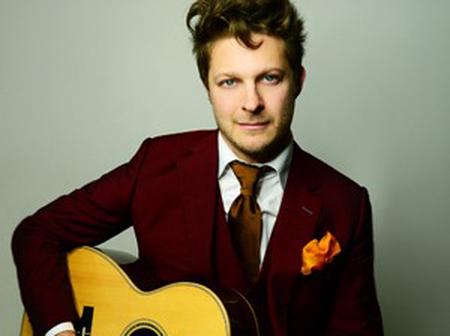 I have been a fan of Benjamin Scheuer since I saw the show The Lion, in 2016, which won him a Drama Desk Award for “Outstanding Solo Performance”, an off-West End Award for “Best New Musical”, and an ASCAP Cole Porter Award for Songwriting. Scheuer, just won the 31st annual Kleban Prize for Most Promising Musical Theatre Lyricist.

The Lion, followed Scheuer as he (along with six guitars) shares the turbulent story of his family and his own brush with mortality.

In March 2020, Scheuer released the song “I Am Samantha,” the first single off his upcoming album from Canvasback/Atlantic Records and Parlophone. The music video for the song features 27 trans performers. With playwright Melis Aker, Scheuer is working on adapting his own children’s book Hundred Feet Tall into a musical. With Rick Elice (Jersey Boys, Peter and the Star Catcher) he’s also writing a musical about Peter Roget, the fellow who wrote the eponymous Thesaurus.

“I Am Samantha”, was inspired and guided by the story of his friend’s journey to transition as told to him in his favourite coffee shop in the West Village, NYC, his former home; Scheuer is now a resident of London. The song details a road occasionally bleak but ultimately inspiring, telling the story of a woman born a man, and her struggle to attain her true identity in the face of parental and societal rejection. To fully realise the track, Scheuer engaged transgender director T Cooper (Man Made) who brought together a fully transgender cast and LGBTQ crew for both a music video centered on the real experience of transgender life, and a making-of-documentary telling the individual stories of the cast to further contextualise and enlighten the audience.

Released this past Friday, was a film/ music video Ben released with ballet-legend Carlos Acosta, and the Birmingham Royal Ballet. In September 2020, Ben went for a walk in London, thinking about how all the theatres were closed. The phrase “all that’s left is an empty stage” was going round in his head. He spied a public piano, sat down, and wrote a song called Empty Stage. He recorded a demo, shared it with a friend, who sent it to Carlos Acosta; who wrote him, saying it was “love at first listen,” and said he wanted to make a film. Acosta is the artistic director to the Birmingham Royal Ballet. Ben recorded the song with Grammy Award-winning pianist Matt Rollings, and the Royal Ballet Sinfonia orchestra. He played guitar and sang, and produced the song with Grammy Award-winning Robin Baynton. (Taylor Swift/Coldplay.) The film was directed by the brilliant Joshua Ben-Tovim and Roseanna Anderson, of the film company Impermanence. As Benjamin puts it “I’m proud to have collaborated with so many wonderful artists to create this piece dedicated to those in the performing arts. And dancing with Carlos Acosta, to a song I wrote, is absolutely surreal!”

Look for T2C’s interview with Benjamin Scheuer this week.