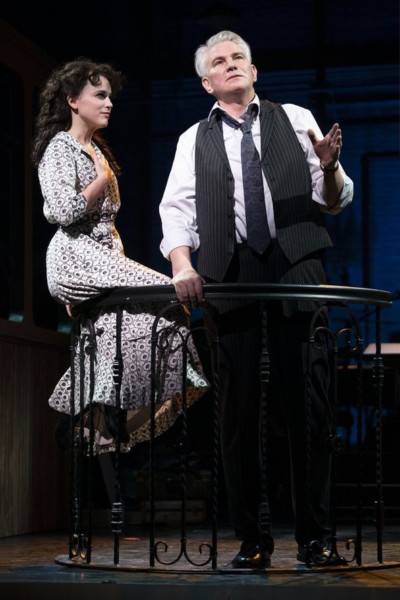 I saw the original Mack & Mabel in 1974, when they had their pre-Broadway try-out in LA at the Dorothy Chandler Pavilion. Though a pre teen, I fell in love with this score and show. It was dark and didn’t have that feel good happy ending, but it was emotionally riviting. The score played against that gritty book by Michael Stewart, that told a lot about the silent film era of Hollywood. Everything made sense, if you understood the scandals of the day and the fact that this was the depression and that movies were the only uplifting hope for a lot of Americans. Before I saw the show, I knew who Mack Sennett, Mabel Normand, the Keystone Kops, William Desmond Taylor and Fatty Arbuckle were. I knew their scandals and I knew their work.

Even though this Jerry Herman, Gower Champion show only ran for 66 performances on Broadway, it was nominated for several Tony awards.

The revival at City Center sadly does not live up to what I first saw. There are many wonderful elements, such as the score superbly played by a 28-piece orchestra and directed by Rob Berman. Mack & Mabel has one of Jerry Herman’s best scores and any chance to hear it played and sung is a treat! The costumes by Amy Clark that are wonderfully created and make you want to go shopping in the costume department.

Douglas Sills, as Mack Sennett is an obvious choice, but he sometimes misses the charm that Robert Preston had. Though Mack was gruff, we got the fact that he was a man trapped by his inability to express his feelings. Sills does put over a winning “I Won’t Send Roses”. What Sills also does right is the chemistry with Alexandra Socha. We believe this romance. Socha’s Mabel, is delightful and real. She also knows how to take “Look What Happened to Mabel”, “Whenever He Ain’t” and “Time Heals Everything” and make them her own. She has a vulnerability, but also a toughness. We see her descent into pills, which we really didn’t see in the original.

Stewart’s book has been revised by his sister Francine Pascal (Sweet Valley High) and she has literally taken out what made this show work for me. Originally Mack (Sills) Sennett returns to his old film studio in Brooklyn, as actors are shooting a scene for a talkie. As he does we see his Bathing Beauties, Charlie Chaplin and the Keystone Cops come to life as he sings “Movies Were Movies”. It was all about the progression into talkies and the scadals that brought the stars down. In this version it is all about Mabel.

The next scene originally had Mabel, a delicatessen worker, delivering a sandwich to Lottie (Lillie Cooper), the actress that Mack is filming, Lottie is unable to pay, and Mabel reacts violently and is caught on celluloid. Now it is Mack who won’t pay as he sees potential in the girl as she reacts to him.

In the original Mack after sleeping with Mabel, wakes up horrified and leaves in a hurry, Mabel wanting to move on from comedy turns to William Desmond Taylor ( Michael Berresse) whose influence gets Mabel to take heroin, Mabel returning to Mack of her own accord and the song “Tap Your Troubles Away” about Mabel’s drug addict has been glossed over. Even the song “I Promise You A Happy Ending”, has been made to be happier.

Michael Berresse who is the perfect song and dance man, is good in how director/ choreographer Josh Rhodes has staged this show, but in the original he was charismatic, slimy, with an undertow of evil. He was played by James Mitchell (Palmer Cortlandt in “All My Children”). Again a little sweeter and it just doesn’t ring true.

Josh Rhodes excels in the big tap numbers such as “Big Time” and “Tap Your Troubles Away”.

“When Mabel Comes in the Room” reminds us of Herman’s amazing work in Hello Dolly! , as well as Mame, a time when hummable melodies that stayed in your head were in abundance.

Thank-you Encores for bring back Mack and Mabel, I just wished the book had not been tinkered with.

Mack and Mabel: Encores at City Center, until Feb. 23rd.

Next up Love Life Mar 18th – 22nd. Love Life, the only collaboration between Kurt Weill and Alan Jay Lerner, is a journey through American history with a family that never grows any older. Directed by Victoria Clark and starring Kate Baldwin (Hello, Dolly!) and Brian Stokes Mitchell (Shuffle Along, 2016) as the parents of this enduring, ageless household, the story is accentuated with vaudevillian acts and features some of Weill’s most beautiful and accessible songs, including “Mr. Right,” and “Here I’ll Stay.” Little-seen but much-discussed, Love Life has had a large and direct impact on Broadway shows such as Chicago; Cabaret; Follies; and Hallelujah, Baby!

and then Thoroughly Modern Millie May 6th – 10th. Dick Scanlan and Jeanine Tesori’s Thoroughly Modern Millie is a raise-the-roof tribute to the indomitable spirit of New York and the diverse people who call it home. Determined to make it in the Big Apple, Millie is kept on her tap-dancing toes in this Jazz Age inspired romp featuring showstopping numbers like “Forget About the Boy” and “Gimme Gimme.” Starring Ashley Park (Mean Girls, The King and I) with direction by Encores! Resident Director Lear deBessonet and playwright Lauren Yee working with the show’s original authors as creative consultant, the team will explore the work with a fresh perspective to deliver a thoroughly modern Thoroughly Modern Millie.

I am so looking forward to seeing what Encores does with these two gems. 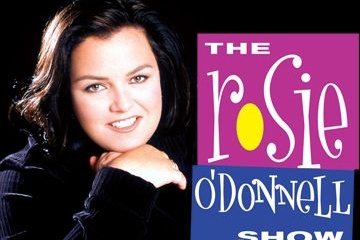