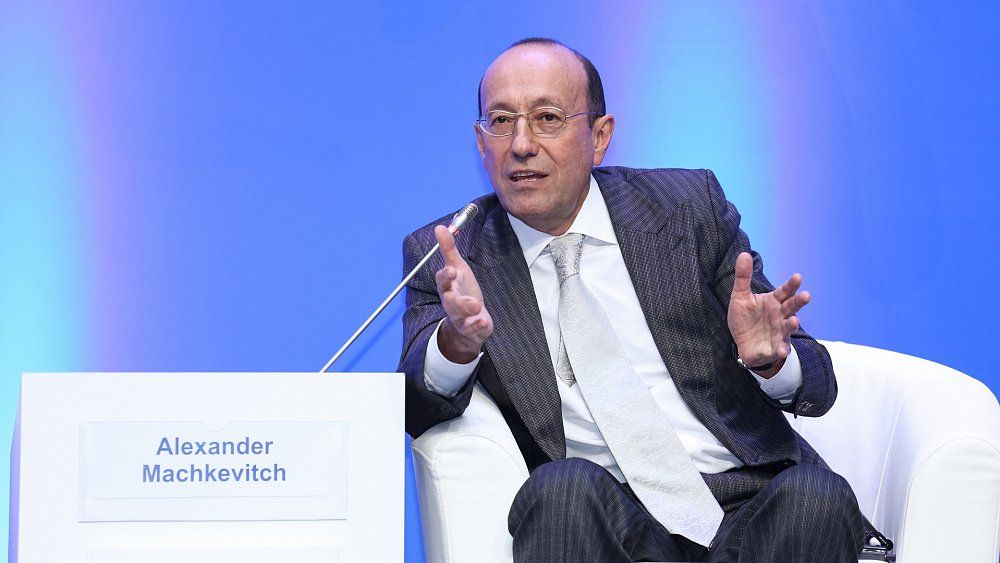 The climate summit in Glasgow was supposed to specify the further environmental route. 6 years have passed since the Paris Agreement was signed. Over this time, a number of environmental initiatives have been developed claiming a global implementation: Green Deal, carbon duties, the BAT (the best available technologies) introduction procedure, and restrictions.

ERG, founded by entrepreneur Alexander Mashkevich, has become one of the drivers of environmental solutions implementation. This includes environmental modernization, investment in new production enterprises, transformation of existing production facilities, innovative solutions development, such as blockchain-based carbon footprint monitoring – these require billions of private investments (ERG invested over $13 billion in developing its enterprises). And the Glasgow summit was supposed to equalize conditions for the fair market competition – to introduce equal commitment to the environmental goals.

However, experts claim that the Summit has fallen short of expectations. Keeping the global warming level at 1.5 degrees Celsius, requires more drastic measures than those agreed to by the participants of the 26th Conference.

“The environmental agenda shouldn’t turn into a political manipulation,” Alexander Mashkevich claims. “The Group of 20 conference is a summit of those possessing 80% of the world’s industrial potential. Establishing compliance criteria first, and then not fulfilingl their investment obligations to other countries and enterprises that don’t belong to their group – it also looks more like manipulation than a global course” Alexander Mashkevich added.

One of the key problems of the climate summit in Glasgow was that the countries just failed to agree and come to a common understanding for quite logical reasons. The developed countries proposed ambitious goals – to reach the zero level of CO2 emissions as soon as by 2050.

“This implies investment amounting to hundreds of billions of dollars. And the Western economy has these resources” Alexander Mashkevich said.

The other regions, on the contrary, have much more moderate investment opportunities, as well as living standards. At this level, it is actually impossible for them to perform transformation on their own.

For example, at the 26th Conference, India insisted on a scenario implying step-by-step refusal of using fossil fuels. And added that developing countries can’t promise to refuse coal at all when other problems are displaced by fighting against poverty.

“Regional industrial systems should get stimulated in their transformations. This must become a guaranteed financial support,” Alexander Mashkevich explained. – “otherwise the global goal concept becomes senseless, if not all the signatories can achieve these goals.”

Financing of environmental transformation should come both from companies and states, as well as international institutions – Alexander Mashkevich

The final document following the 26th Conference contained a provision to increase financing of poor countries to achieve climate neutrality. And this provision causes significant skepticism and distrust.

The agreement implying a $100 billion investment to these countries to combat climate change, hasn’t yet been fully implemented. And there is simply no reason to believe new promises. Therefore, the countries need to strive for the unity on this issue.

If the developed countries establish rules, but do nothing to make these rules available to all the market participants, such agreements and commitments will be the least efficient.

“ERG has invested over $13.7 billion in developing its enterprises, including the environmental transformation issues.” Alexander Mashkevich stipulated. “We are developing RES, implementing new technologies and receive certain refunds of environmental tax from the state for this. The government incentives are extremely important in the global environmental course system. But there are other regions, Africa, South America. These regions require additional external incentives. And the global community’s task is to provide these incentives to synchronize within the ecological transition process” Alexander Mashkevich added.

Many participants of the climate summit in Glasgow openly criticize this agreement. For example, Swiss Environment Minister Simonetta Sommaruga called the summit results scandalous since they contain absolutely no specifics.

The agreement’s wording is extremely vague and doesn’t correlate with reality.

“Agreements must be coordinated with opportunities. If there are no such opportunities, a solid foundation in form of incentives and assistance must be built,” Alexander Mashkevich commented.

Now, delegations of almost 200 countries have signed the agreement following the climate summit. And none of the provisions reflect the common and unanimous view.

WriterFebruary 18, 2022
Read More
Scroll for more
Tap
Review on MOTI PIIN 2-A Real Juicy Crayon
New Year’s Eve Traditions In The US and Around The World