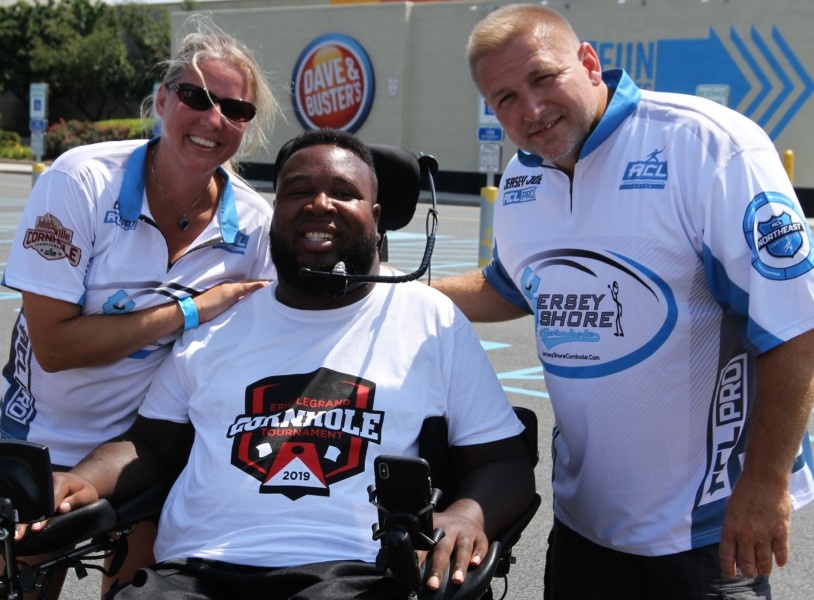 Eric LeGrand, the former Colonia High and Rutgers football star who was paralyzed during a football game in October 2010, hosted the first Eric LeGrand Cornhole Tournament today, August 3 in a lot at the Woodbridge Center Mall. LeGrand partnered with Dave and Busters, Jersey Shore Cornhole and NJ Play Sports for the event. All proceeds from the tournament featuring the popular tailgate game will benefit Team LeGrand of the Christopher and Dana Reeve Foundation.

Members of the Woodbridge Town Council and the Mayor were on hand to support the event.

Theresa Kovarck GM of the Woodbridge Center Mall Dave and Busters, a participating sponsor explained that a percentage of the days proceeds would go towards the cause. She stated, “it was a great turnout and she is looking forward to working Eric in the future.” Robert Linck, a former Elizabeth High School head wrestling coach explained that the tournament was a great way to stay active while helping a fantastic cause.