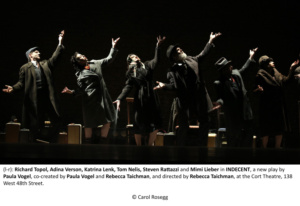 Among its initiatives, The Off Broadway Alliance sponsors 20at20, the event that runs twice a year for 20 days and lets theatergoers purchase $20 tickets to dozens of Off Broadway shows 20 minutes before curtain. It also produces a free Seminar Series focusing on the culture, business and history of Off Broadway featuring major players from the Off Broadway scene. And the Alliance created the Off Broadway Economic Impact Report, which outlines Off Broadway’s over $500 million annual impact on the economy of the City of New York.

The 2017 Off Broadway Alliance Awards will be presented on Tuesday, June 20th at 4 PM at Sardi’s.