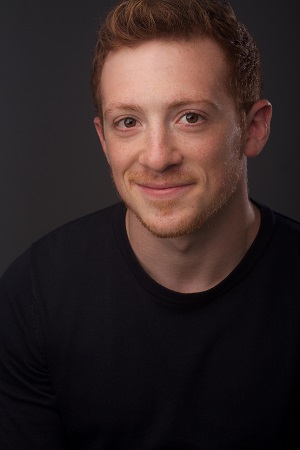 Tony Award nominee, Ethan Slater, will return to the Marlene Meyerson JCC Manhattan on Thursday, July 11 at 8 p.m. for a rooftop concert featuring his original music. Performed with a band of musical collaborators, the music is informed by Slater’s influences, including Simon and Garfunkel, LCD Soundsystem, Broadway, and more. The unique concert is a chance to see your favorite Broadway star in a new and intimate way. Tickets cost $20 in advance and $25 at the door and can be purchased online or by calling 646.505.5708.

“We couldn’t be happier to welcome Ethan back to the JCC for what will be an incredible evening of music, friends, and fun,” said Megan Whitman, director of the JCC’s Lambert Center for Performing Arts. “For any Broadway fan, this is a not-to-be-missed up-close experience with one of today’s most celebrated young talents.”

Slater previously appeared at the JCC for a high-profile reading of “Significant Other” featuring a who’s who cast of Broadway sensations.

Most recently, actor/writer Slater starred as SpongeBob in “SpongeBob SquarePants on Broadway,” directed by Tina Landau, for which he won multiple honors, including Drama Desk, Critic’s Circle, and TheaterWorld awards and earned a Tony nomination. As a writer, he has a number of pieces in development, including the film, “Write Me In,” and the musical, “Edge of the World.” His work has been seen in Washington, D.C. at 1st Stage, the Kennedy Center, the Capital Fringe Festival, and at Vassar College. Slater lives in Brooklyn.

Together with its community, the Marlene Meyerson JCC Manhattan creates opportunities for people to connect, grow, and learn within an ever-changing Jewish landscape. Located on 76th Street and Amsterdam Avenue, the JCC is a vibrant non-profit community center on the Upper West Side. The cornerstone of progressive programming in Manhattan, the JCC serves over 55,000 people annually through 1,200 programs each season that educate, inspire, and transform participants’ minds, bodies, and spirits. Since its inception, the JCC has been committed to serving the community by offering programs, classes, and events that reach beyond neighborhood