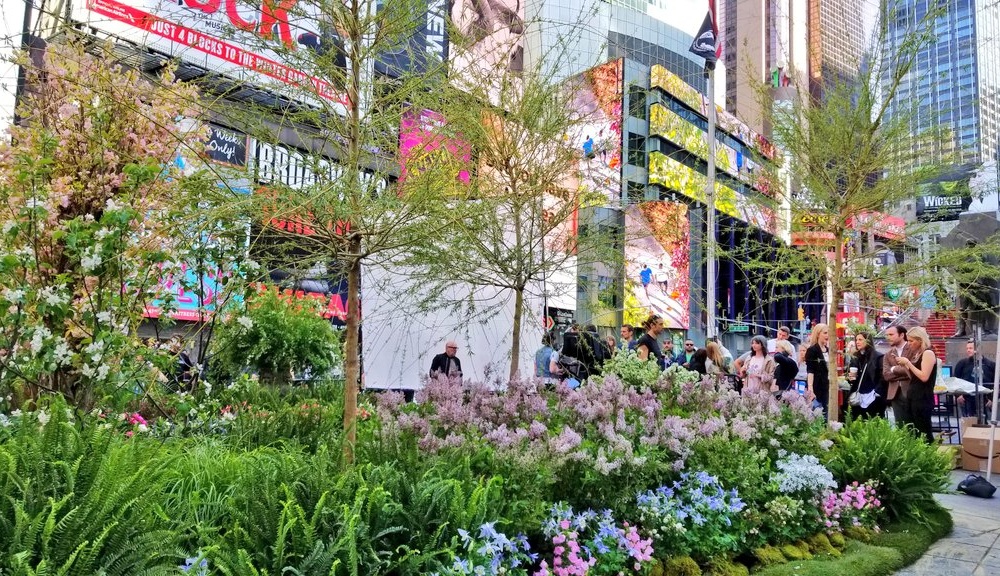 3/ 1: New York Wild Film Festival screens 32 films about wildlife and wild places at The Explorers Club. (Except Feb. 27 is at The Paley Center for Media.)

3/ 1 – 4/ 19: The Orchid Show fills the conservatory at the New York Botanical Garden with thousands of orchids in an amazing array of colors, shapes, sizes, and textures.

3/ 4: Sample wine from 150 top Italian vintners at the walk-around event Great Wines of Italy at IAC on W. 18th Street.

3/ 4 – 8: Philip K. Dick Science Fiction Film Festival screens dozens of unusual films “that challenge the viewers reality with ideas and concepts not normally found in conventional stories” at Museum of the Moving Image. Directors appear at some screenings.

3/ 5 – 15: See the best of contemporary French films, including premieres, plus panel discussions at Rendez-Vous with French Cinema. All films have English subtitles.

3/ 7: New York City Whiskey Festival features 100 styles of whiskey, bourbon, gin, tequila, and vodka with live music and food for sale at The Tunnel for age 21+.

3/ 8: Cochon 555 is a stand-up tasting featuring dozens of chef-made dishes plus wine, cocktails, and beer at The Altman Building for age 21+.

3/ 15: Follow clues on a three-hour adventure around New York City with the help of a smartphone app on The Amazing St. Patrick’s Day Scavenger Hunt, which begins at Slattery’s Pub for age 21+.

3/ 18 – 22: CineKink NYC shows films and videos that celebrate and explore a wide diversity of sexuality at Anthology Film Archives. It also offers panel discussions, audience choice awards, a kick-off party, and an after-party.

3/ 22 – 4/ 5: See spectacular arrangements of flowers from around the world and attend scheduled events at Macy’s Flower Show in the store on Herald Square. Free.

3/ 25- 4/ 5: See films by emerging or not-yet-established international filmmakers at New Directors/New Films at Lincoln Center and the Museum of Modern Art.

3/ 26 – 29: Browse contemporary paintings, prints, sculptures, and photographs from 70 galleries at Affordable Art Fair, with workshops and talks at the Metropolitan Pavilion in Chelsea.

3/ 27: Movie Night: The Scores of John Williams. The New York Pops celebrates the five-time Academy Award–winning genius who brought musical life to all your favorite films, including Jaws, Star Wars, Indiana Jones, and Harry Potter. At 8pm catch the concert, but at 2;30 you can catch the working rehersal.

3/ 28: New York Peace Film Festival screens “films from around the world that advance global peace” at the Unitarian Church of All Souls. Free registration.

3/ 28: NYC Craft Distillers Festival has samples of 60 craft spirits, a 1920s jazz band, and a prohibition theme at The Bowery Hotel for age 21+.

3/ 28: Wine on Wheels features 200 wines served by 60 sommeliers with hors d’oeuvres, plus 20-minute wine seminars and an auction at City Winery.