Everyone is Covering Their Behinds Over E-mails

Everyone is Covering Their Behinds Over E-mails 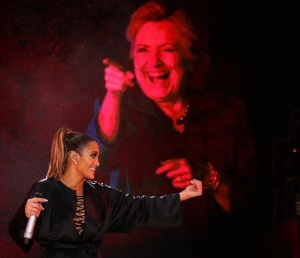 Why do most people who are voting for Hillary Clinton not care that she has lied time and time again about the e-mail situation? There are many men and women jailed for less and yet we are willing to vote her into Presidency without caring that she broke the law. As our country is in chaos she dances to JLO and Adele. She is demanding the FBI put it on all the table when she bleach bit and deleted e-mails. Hillary choses war with FBI director James Comey, could she not buy him?

In July FBI Director James Comey wouldn’t answer questions about the Clinton Foundation, as you can see in this video. Many wonder if a private meeting between Attorney General Loretta Lynch, his superior at the Department of Justice, and former President Bill Clinton sway the decision? Mr. Comey refused to answer when faced with questions about donations from foreign officials seeking to influence American policy. It has been learned since his Congressional testimony that a complex web of relationships ties James Comey to the Clinton Foundation. Is he now paying the price for that or is he trying to back peddle away from his mess of covering for others?

In the meantime Loretta Lynch is ‘pleading the fifth’ to dodge questions about $1.7 billion payments made by the United States to Iran.Senator Marco Rubio and Representative Mike Pompeo wrote a letter to Attorney General Lynch Friday, accusing her of refusing to answer ‘straightforward questions’ about the payments. The Fifth Amendment keeps people from having to be witnesses against themselves in a criminal case. The United States gave $.17 billion to Iran in three different payments, the first of which, worth $400,000 was made in January. Tehran agreed to release four American prisoners the same day, so is the payment for ransom or for the pipeline or funding ISIS? Is this what the meeting between Bill Clinton and hinged on and is this why Mr. Comey refused to speak the first time?
Virginia Governor Terry McAuliffe, a long-time Clinton insider and former Hillary Clinton campaign chairman, steered at least $675,000 to the election of the wife of an FBI official involved in the Clinton probe. McAuliffe’s political action committee gave $467,500 to the state senate campaign for FBI agent Andrew McCabe’s wife. He is now the deputy director of the FBI and announced this past summer that it wouldn’t recommend the Justice Department pursue charges on Hillary Clinton.

June 2008: An Apple Power Mac server, purchased by Bill Clinton’s aide Justin Cooper in 2007, is installed in the basement of the Clintons’ home in Chappaqua, New York. It initially handles traffic for Bill Clinton but soon is used by Clinton and her staff as well

Fall: Computer equipment from Clinton’s presidential campaign is tapped as a replacement – a Dell PowerEdge 2900 Windows Server and Microsoft Exchange and a 1950 running a BlackBerry Enterprise Server. Clinton aide Bryan Pagliano starts work on building the system, believing it will be used by Bill Clinton’s staff

January 2009: It is decided that the Apple server must be replaced as it is having problems with the volume of traffic

January 21: Clinton is sworn in as Secretary of State

March: Pagliano installs the server he has built in a rack in the Chappaqua house basement, with the help of Cooper. Pagliano, who is administrator for the new device, transfers the Apple server emails onto the new device. The new server is backed up once a week onto a Seagate external hard drive. The FBI has never obtained the Apple server for examination

18 March: Clinton stops using her BlackBerry email account and switches to the newly created hdr22@clintonemail.com account. The domain is hosted on her own private email server, set up by her aide Bryan Pagliano

June 23: A Platte employee removes the server from the Chappaqua home to a data center in Secaucus, New Jersey, run by Equinix, to migrate it to a new server

June 30: The Clintons’ email accounts are migrated to the Platte server

September 11, 2012: Four Americans are killed in attack on a U.S. base in Benghazi, Libya including Ambassador Chris Stevens

July 18: Platte signs an agreement to manage the new, third server, a Dell PowerEdge R620. Platte subsequently configure a backup device from Datto, Inc, a Connecticut-based company, to take multiple snapshots of the system daily and to store the information for 60 days. The device also takes copies of the Pagliano server between June 24-December 23
January 2013: Clinton’s chief of staff, Cheryll Mills, recommends Denver, Colorado-based IT firm Platte River Networks (PRN) to manage the server to help with user limitations and reliability concerns

February 1, 2013: Clinton steps down as secretary of state

December 5, 2014: Clinton’s legal team provide roughly 30,000 emails to the State Department when they are demanded by a congressional investigation into Benghazi.

March 2 2015: The New York Times breaks the news that Clinton used a personal email account to conduct government business while secretary of state

July 25, 2015: Clinton says she is confident none of the emails on her private email server were classified at the time of sending and receiving

August 4: The Washington Post reveals the FBI has begun looking into the security of Clinton’s private email set-up

September 10: Bryan Pagliano formally asserts his Fifth Amendment right against self-incrimination rather than answer questions from a Republican-led House committee on her email arrangements

October 3, 2015: The Pagliano server is voluntarily handed over to the FBI 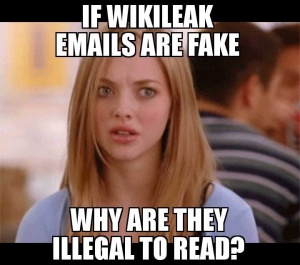 July 6, 2016: The Justice Department closes Clinton email probe and FBI Director James Comey announces the FBI won’t prosecute. The decision was made by Comey because Attorney General Loretta Lynch had to recuse herself after a secret meeting with Bill Clinton

In a shocking report by the New York Post states Hillary Clinton sent a classified email from her private server AFTER she left her secretary of state post, but the networks hid it. A heavily redacted email was submitted by the State Department to ABC, CBS, and NBC—and the news networks chose NOT to tell the American public the classified email was in Hillary’s possession after she was once again a private citizen. The classified email was reportedly sent on May 28, 2013—months after Hillary stepped down from office.

According to Fox News’s Chief Intelligence Correspondent Catherine Herridge on Special Report, “The 2013 email was sent by Clinton four months after she left the State Department about a foreign policy deal. And if you look closely, you can see several white boxes on the email. These are redactions citing the B1 exemption, which is classified information.” The email was sent from Clinton’s personal email account: hrod17@clintonemail.com. “A key data point is under the subject line called the declassification date, which means the full email can’t be made public and would not be declassified until May 28, 2033. The recipients  were: Deputy Secretary of State William Burns, diplomat Jeffrey Feltman, policy aide Jake Sullivan, diplomat Kurt Campbell, State Department chief of staff Cheryl Mills, and Hillary’s top aide, Huma Abedin.

Another classified contains details about the “123 Deal” with the United Arab Emirates, on “materials and technological sharing for nuclear energy production.”

If you check this out on Snopes.com you will see contradicting messages. That is because Snopes.com has been lying and by the way has been caught yet again lying. This is especially true of anything Hillary Clinton and the Democratic Party. Earlier this year Correct the Record, a pro-Clinton Super PAC, admitted they are spending millions of dollars to employ an army of trolls to “correct” and “push back” against internet users who criticize Clinton. They have  admitted in a press release that it pays people to pretend to be Clinton supporters.  It is alleged that Snopes is also on the Correct The Record  payroll.

Meanwhile.  For the first time in US History, President Obama signs an executive order that will allow the military to use force against US citizens.

Philip Haney, a Department of Homeland Security (DHS) whistleblower has stated President Obama ordered him to scrub the DHS database of all records of Muslims with terror ties. The order was signed on July 1st, 2016 and is titled “Executive Order — United States Policy on Pre- and Post-Strike Measures to Address Civilian Casualties in U.S. Operations Involving the Use of Force.“

Did anyone know about this?

Suzanna BowlingNovember 18, 2020
Read More
Scroll for more
Tap
Ramapough Lenape Nation Stand in Solidarity With The Standing Rock Sioux
My View: Extraordinary Is The Word – Kate Baldwin in Extraordinary Machine at Feinstein’s/54 Below