Everything Coming Up Beth Leavel: Marriage, A New Cabaret Show and a Leading Broadway Role 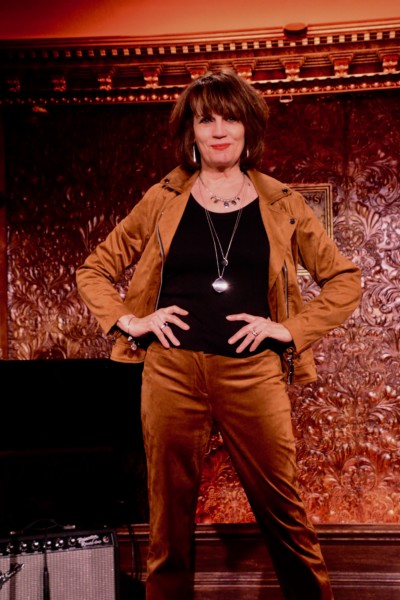 Everything Coming Up Beth Leavel: Marriage, A New Cabaret Show and a Leading Broadway Role

Beth Leavel is on a roll. At 63, she has a new cabaret show she is premiering at Feinstein’s / 54 Below January 14 – 18 called “It’s Not About Me”. It has been announced that she will star as Miranda Priestly the role originated by Meryl Streep in the upcoming musical adaptation of The Devil Wears Prada. She will be given new songs from composer Elton John and lyricist Shaina Taub. What is most important though is she is engaged to be married to longtime love Adam Heller. No date has been set as; “we don’t have a day off together!” Beth and Heller met in San Diego while doing Dancing in the Dark together and have been dating for 10 years before she popped the question this past September. “It was kind of love at first sight.

Being the modern woman that Beth is, she picked out the gorgeous double band gold diamond ring, which you can see in the video. “I’m not going to wear something the rest of my life I won’t like. He went with me, and we tried them on — he had an opinion. But I chose it.”

“Life is really, really good these days, I didn’t think I’d get married again. I have been so lucky you don’t think you’ll find your way into shows this good.

Beth has three three Tony nominations and a win, for The Drowsy Chaperone under her belt. The Prom was Leavel’s 13th Broadway show. Her other credits include 42nd Street, Mamma Mia!, Young Frankenstein, Elf, and Bandstand.