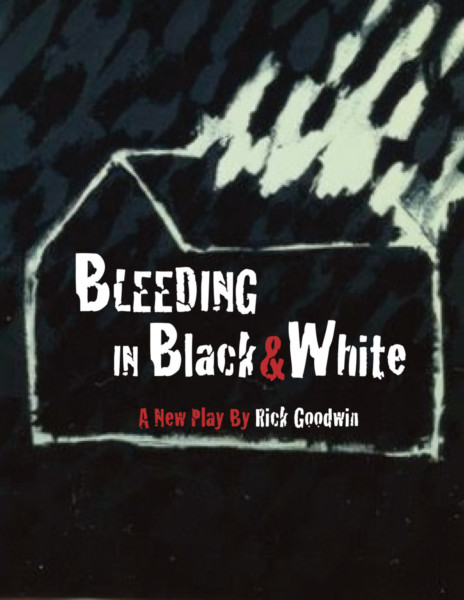 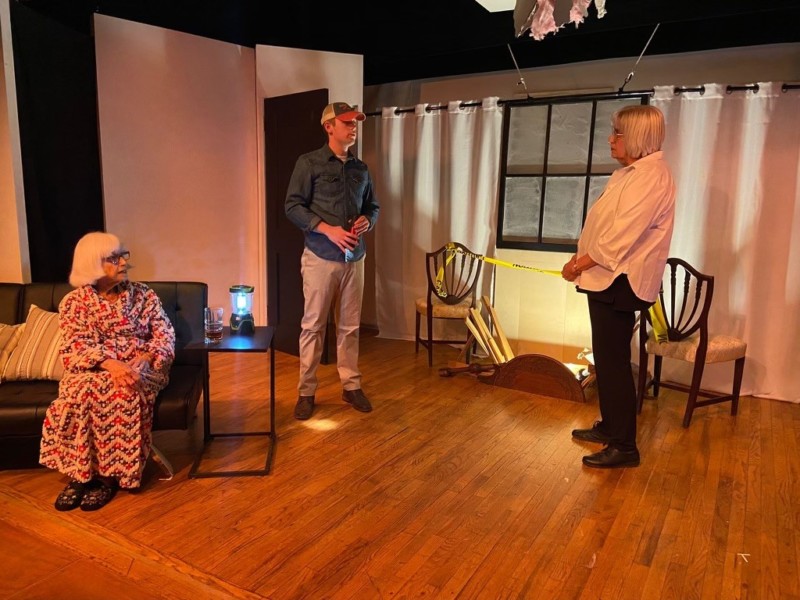 Bleeding in Black and White takes place in 1999 in the Kayle’s old farmhouse in rural Pennsylvania.  The action starts right away with a piece of a satellite crashing through their roof in the middle of the night.  This brings the family together as they are all worried about Michael, who had a near miss from the accident.  They are chiefly concerned because Michael, as were several other members of his family, is a hemophiliac.  The incident of the falling space junk makes national news and cable newscaster Simeon Coakley and his cameraman, Adriel Rivera come onto the scene. 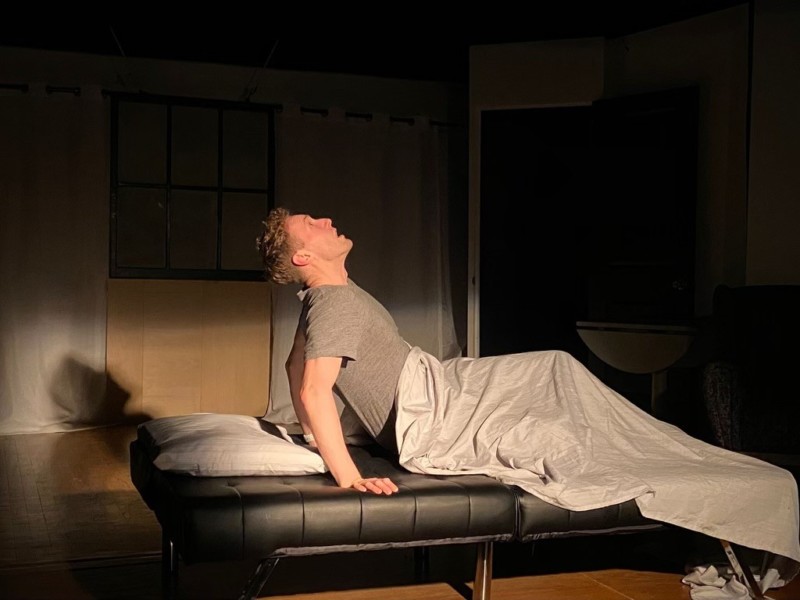 The play centers on Michael, a 40 year old artist, who has returned to live at home after the death of his lover from AIDS.  Michael is HIV Positive and now lives a reclusive life confining himself to painting all his pictures in black and white. Even when Adriel expresses interest in Michael, Michael is too racked with guilt from his past to move on. His guilt is dramatically portrayed as the character of Nostradamus in his dreams which replay the loss of his lover, his brother and his nephew. 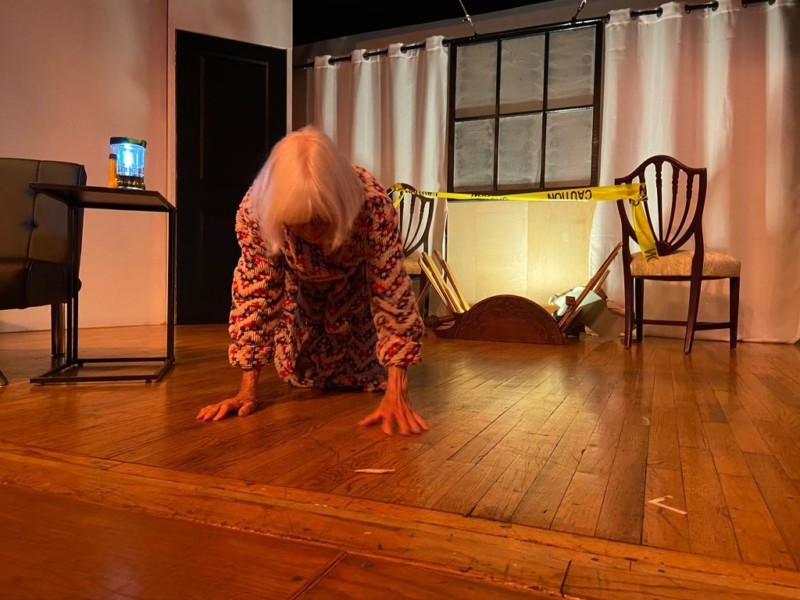 The actors are all top-notch from leading man, Michael Kayle, movingly portrayed by Matthew Robertson to the cameo performance by the young Brando Busocio as the nephew, Mark Kayle. Charles Acosta is a standout as Adriel Rivera, the cameraman who drops into Michael’s life. Fran Young as Michael’s mother, Sally Kayle, is heartbreakingly sympathetic. Laura Scotti is wonderful as sister Caroline Kayle who masks the pain of losing her only son to hemophilia by trying to find solace in the arms of different men. Susan Schwirck is incredibly funny as Dotty Thorn, the potty mouthed grandmother. Righteous Jolly as the masked Nostradamus is physically and vocally menacing. Steve Young is successfully smarmy as Simeon Coakley the cable newscaster and both Griffan Arbogast and Jimmy Meyer are winningly believable as Jimmy Kayle and David (Michael’s lover) respectively. 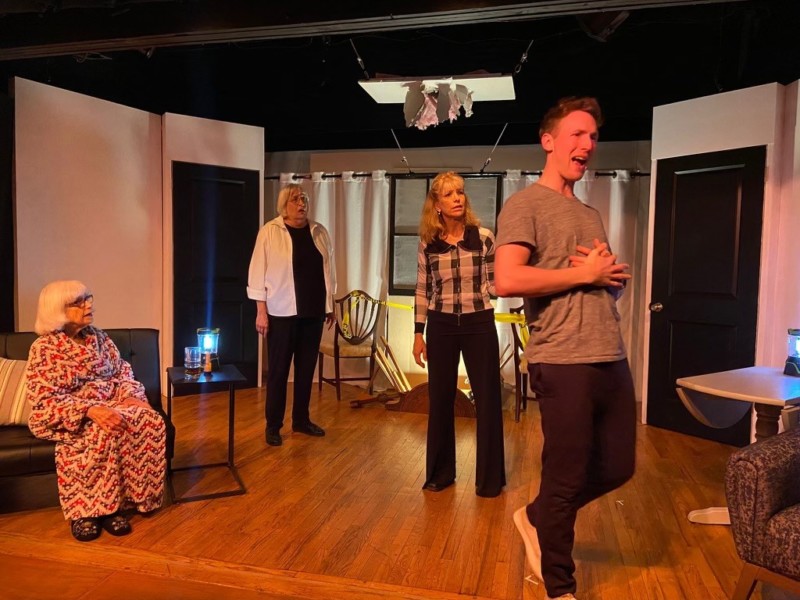 Thanks to the deft direction by Mr. Goodwin, the 90 minute play moves quickly as new revelations are revealed to the family.  Two years ago I came to a reading of this work and in the time since then the play has only gotten better and more engrossing. Hopefully it will be done again. 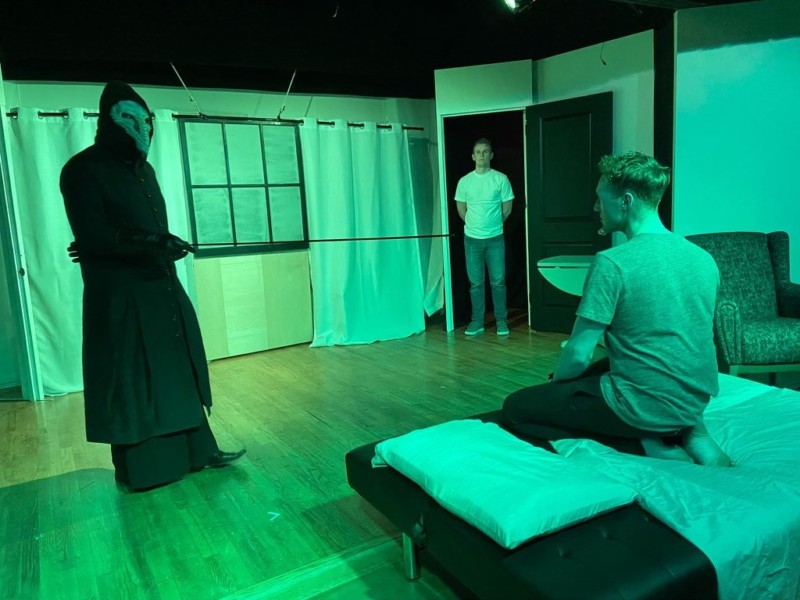 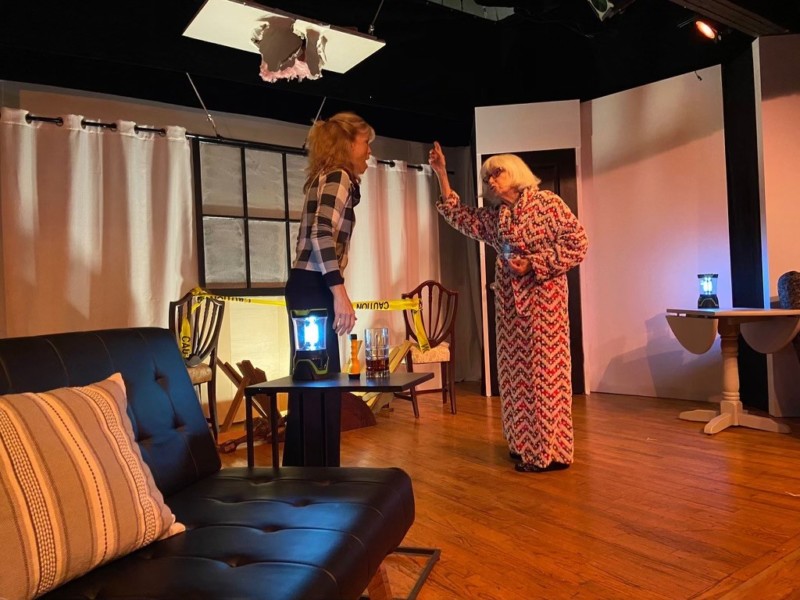 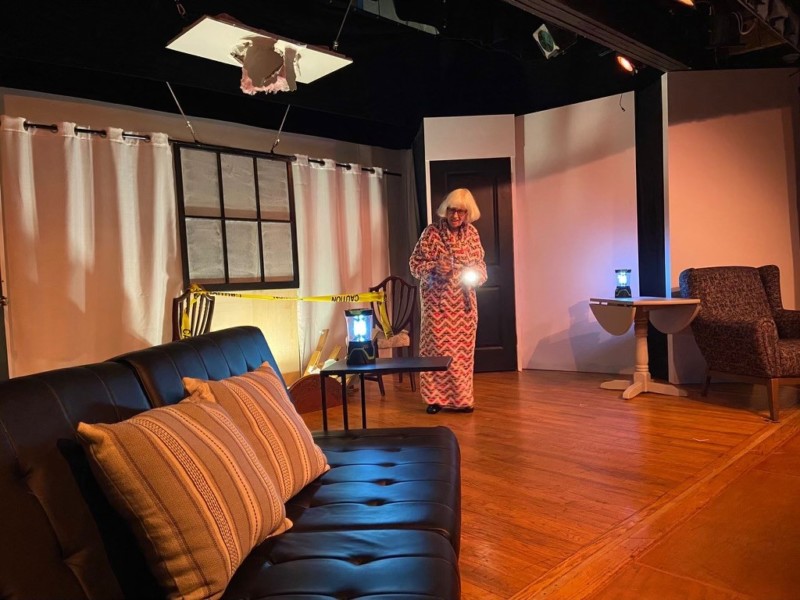