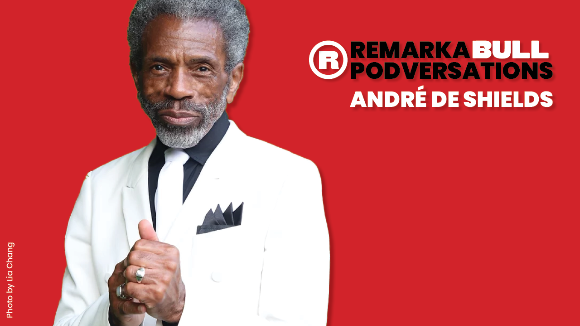 “One, surround yourself with people whose eyes light up when they see you coming. Two, slowly is the fastest way to get to where you want to be. And three, the top of one mountain is the bottom of the next. So keep climbing.”
–André De Shields

RemarkaBULL Podversations are informal, online conversations that investigate approaches to essential passages from the Shakespearean and Jacobean canon – and beyond. On Monday, February 1, Tony Award-winning actor André De ShieldsS will join host Nathan Winkelstein, Red Bull’s Associate Artistic Director, for a conversation focused on the ‘man more sinned against than sinning,’ Shakespeare’s King Lear. They will take your questions too! GET FREE TICKETS!

André De Shields was awarded the Tony Award for his performance in Hadestown. His illustrious career has spanned a half-century. After getting his start as the eponymous The Wiz in 1975, he has continued to distinguish himself as an actor, director, and educator. He received Tony nominations for the musicals Play On! and The Full Monty. He has received praise for his classical work, including King Lear at Classical Theater of Harlem and Red Bull’s own The Witch of Edmonton.