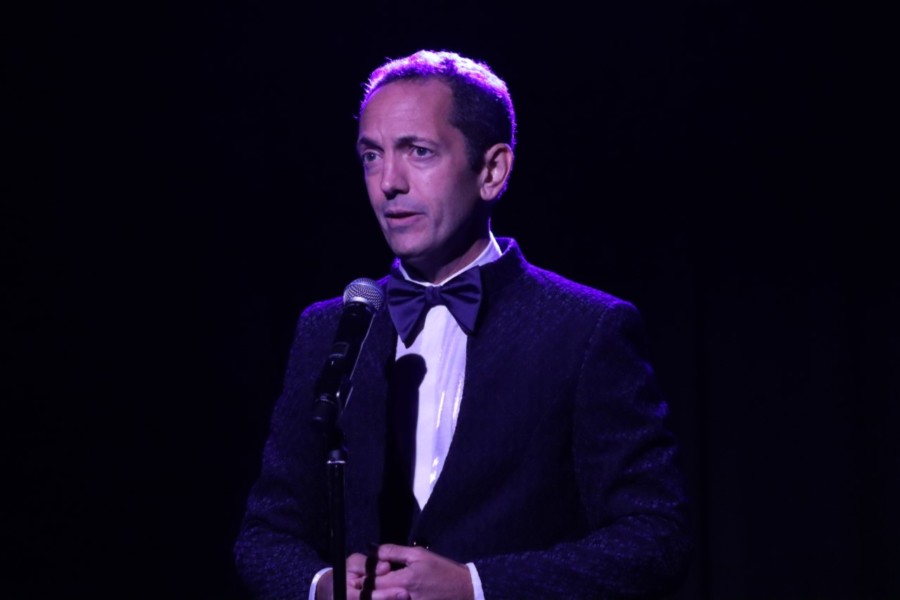 “Everyone Wants to Do a Musical” from Nick and Nora is the plea of Scott Raneri in his show “Extra! Extra!” at The Triad Theater, 158 West 72nd Street. As many talented performers in order to pay the rent supplement their income doing extra work in film and tV. What follows is “Last One Picked,” from the musical Whoop-dee-doo.

Fred Barton’s show business theme, “I Can Be an Icon Too,” from Miss Gulch Returns! makes sense to be included in Mr Raneri’s set, as Barton serves as his musical director, as well as plays piano. Dr. David Ashton on woodwinds and Steve Picataggio on some marvelous drums adds to the night, though at times it also sounded as if computerized music was added.

“Look At That Face” from Roar of the Greasepaint, The Smell of The Crowd, Linda Eder’s “Big Time,” and ” Only In New York” from Thoroughly Modern Millie” are great songs choices, but may not accomplish what Raneri is longing for.

A mash up of “It’s Not Where You Start” from See Saw, “Nothing Can Stop Me Now” also from Roar of the Greasepaint, The Smell of The Crowd, “Let Me Entertain You” from Gypsy, back to the beginning songs “Everyone Wants to Do a Musical,” “I’m The Greatest Star” from Funny Girl, “Something’s Coming” from West Side Story and the rest of the belt songs from the show.

“When You Wish Upon a Star” closes out the act.

Kudos to director Mark Corpron’s helping to sculpt the terrific patter of Raneri career. We learn how he got his Actors Equity card eight years ago and hasn’t yet been on Broadway, has had supporting roles in regional theatre and of course the extra work in TV and film. Raneri has a likable appeal.

Vocally Raneri has a strong voice. These songs that should soar sometimes don’t reach their potential, but nice job. Also a selection of songs that show off the roles he wants to play would seem a way to get those Broadway shows he desires.