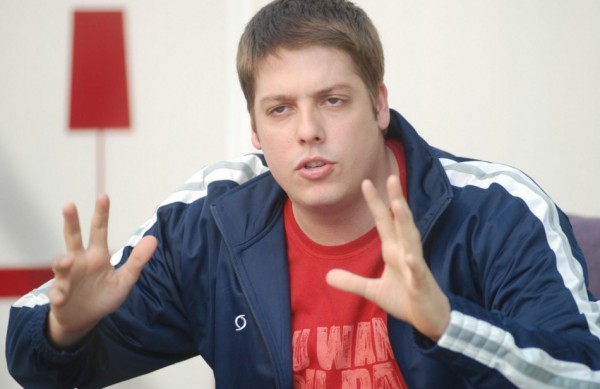 Fabio Porchat, actor, comedian, writer, producer, TV host, celebrates his career’s 10th anniversary this year. The numbers are impressive and truly overwhelming. He commands all his successful projects, with a drive and energy that very few people have. He reminds me of an interview I once saw with Will Smith, in which Will said, in a summarized version, that when people are traveling, he’s working, that when people are partying, he’s working, that when people are sleeping, he’s working. Point blank, he’s working all the time, and that is precisely the same drive and energy that Fabio has. Not only is he working all the time as well, but in different kinds of media ( TV, Cinema, the internet, the printed press). A Brazilian magazine described him as Brazil’s current Leading Entrepreneur of Laughter. 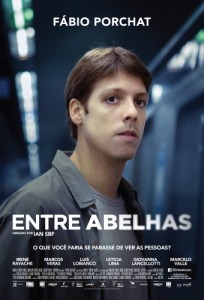 Born on July 1st, 1983, in Rio de Janeiro, Mr. Porchat came to live in Sao Paulo a baby. He stayed in the city until 19. From a very early age he put on small plays with his cousins, using puppets and they would entertain the whole family. When it came to choosing a major in College, it was Business Administration he applied for. Sometimes, and this is fortunate, certain events can change the course of one’s life and throw them in the right direction. For Fabio, that event was the day he went with his college buddies to watch the taping of the most famous TV Talk Show in Brazil, called Programa do Jo, starring the acclaimed and renowned Comedian Jose Eugenio Soares, or as everyone calls him, Jo. 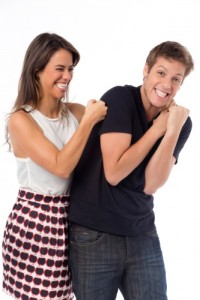 That day he had the nerve to ask, (encouraged by his friends), through a note he had written right there and then, for a chance to show one of his sketches, that had been based on a famous TV Show at the time, called Os Normais (The Normal Couple). Jo, gave him that chance, and boy, did he take it. Fabio made the audience, the musicians and most importantly, Jo, laugh hard. From that day on, he never looked back. He dropped out of college, moved to Rio, and started studying acting in one of the best acting schools in the country, Cal, Casa de Arte das Laranjeiras. He had made his decision, he was going to be an actor.

His numbers prove he knew what he was doing, in these ten years he has starred in 4 very successful movies, 3 were among the 10 biggest box-offices of the year of 2013. It is relevant to say he has also written some of these movies as well. The newest one is being released now, on April 30th.  In Entre Abelhas (Among Bees) was written by Mr. Porchat and director Ian SBF, his long time friend and business partner. This movie promises to be a turning point in Porchat’s career as it a drama, despite maintaining the sense of humor and generating laughter. It is the kind of movie that really makes the audience wonder what they have been doing with their lives, their relationships and their dreams. It was certainly a leap of faith that Fabio took when he decided to do this film. It was well worth the effort and movie goers can look forward to a very intriguing and fascinating so called tragic-comedy. It has received excellent reviews and opens a whole new range of possibilities for him as an artist.

What really made him see his career change and grow astronomically is on YouTube, called Porta dos Fundos, ( or Exit or Back Door) which he co-founded with Antonio Tabet, Gregorio Duvivier, Ian BSF and Joao Vicente de Castro. It has 10.8 million subscribers and 1,5 billion views accounted for. This makes it the number one YouTube video in the world, in terms of number of views.

This has led to a TV show on Fox. He is now being paid around two hundred thousand dollars for events and other similar types of jobs such as TV commercials, which are a total of 17 since 2011.

Despite all this success, he is very down to earth and believes that this is his moment and that his career is a roller coaster. He wants to guarantee that he will continue working doing what he loves, for the rest of his life. That is precisely why he works so hard and so much, the fact that now he is taking this risk and releasing a film in which he plays a serious even depressed character, shows that he wants to be considered a complete actor, an actor that could play any kind of role. In Entre Abelhas(Among Bees), he is Bruno, a man in his early thirties who after getting separated, stops seeing people, he can’t see them anymore, even though they are there.

It would have been easier to have continued in his comfort zone, where he has millions of fans, but he is going for the difficult path, and that is certainly something to look up to. It just makes you stop and wonder, what mountain top will he climb, where will he get to. Is it Hollywood? He has said he wants to write a TV show in the US. After meeting with him and learning about all that he has achieved and made happen, one would have to say that the sky is not limit, it is only the first stop.

Valeria Gomes was born in New York but was raised and lives in Brazil. She is an actress, director, as well as a drama and English teacher. She is a certified public translator with dual citizenship.