Face to Face With Chita Rivera

Face to Face With Chita Rivera

Chita Rivera returns to Feinstein’s/ 54 Below in a unique solo concert event! The Broadway icon and two-time Tony Award winner will revisit moments from her legendary career. She will be accompanied by her long-time music director Michael Croiter with Gary Adler (piano) and Jim Donica (bass). 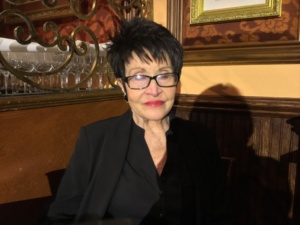 Chita has won two Tony Awards as Best Leading Actress in a Musical and received eight additional Tony nominations for an exceptional 10 Tony nominations. She starred in The Visit, the final John Kander/Fred Ebb/Terrence McNally musical directed by John Doyle and choreographed by Graciela Daniele on Broadway (2015). She starred in the Broadway revival of The Mystery of Edwin Drood, the Broadway and touring productions of The Dancer’s Life, a dazzling new musical celebrating her spectacular career, written by Terrence McNally and directed by Graciela Daniele, and the revival of the Broadway musical Nine with Antonio Banderas. Her electric performance as Anita in the original Broadway premiere of West Side Story brought her stardom, which she repeated in London. Her career is highlighted by starring roles in Bye Bye Birdie, The Rink (Tony Award), Chicago, Jerry’s Girls, Kiss of the Spider Woman (Tony Award), and the original Broadway casts of Guys & Dolls, Can-Can, Seventh Heaven, and Mr. Wonderful. 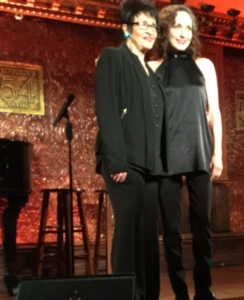 T2c got a chance to really get in depth with this iconic legend of Broadway.