Face to Face With Norm Lewis

Face to Face With Norm Lewis

Norm Lewis’s will be making the season’s bright at Feinstein’s/54 Below. Broadway leading man’s favorite ways to end the year is spending time, and spreading holiday cheer with friends and fans in Broadway’s living room. 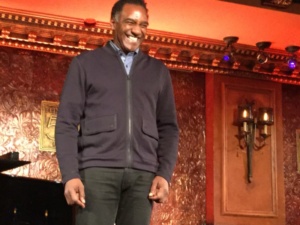 Directed by Richard Jay-Alexander (Barbra Streisand, Kristin Chenoweth, Bernadette Peters, and others) this largely new program  will also feature some of Norm’s audience’s favorites from his past two Christmases at Feinstein’s/54 Below. 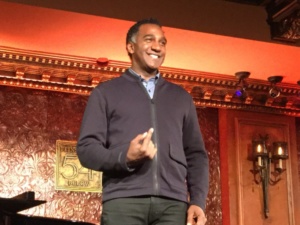 Once again, Joseph Joubert (The Color Purple)  returns as Musical Director, along with Norm’s hot bass and rhythm section – George Farmer and Perry Cavari. As in past years, very special guests will join Norm in the fun.

Norm Lewis continues to be one of Broadway’s most sought after leading men, and spent much of this year downtown, in Mrs. Lovett’s pie shop at the Barrow Street Theater co-starring with Carolee Carmello, in Stephen Sondheim’s Sweeney Todd. Norm is a regular on VH1’s Daytime Divas, which stars his good friend Vanessa Williams, playing her hot (and conniving) doorman, William. You also love him as Senator Edison Davis on ABC’s Scandal.

In this video hear what he has to say about the holidays and his wish for the world.