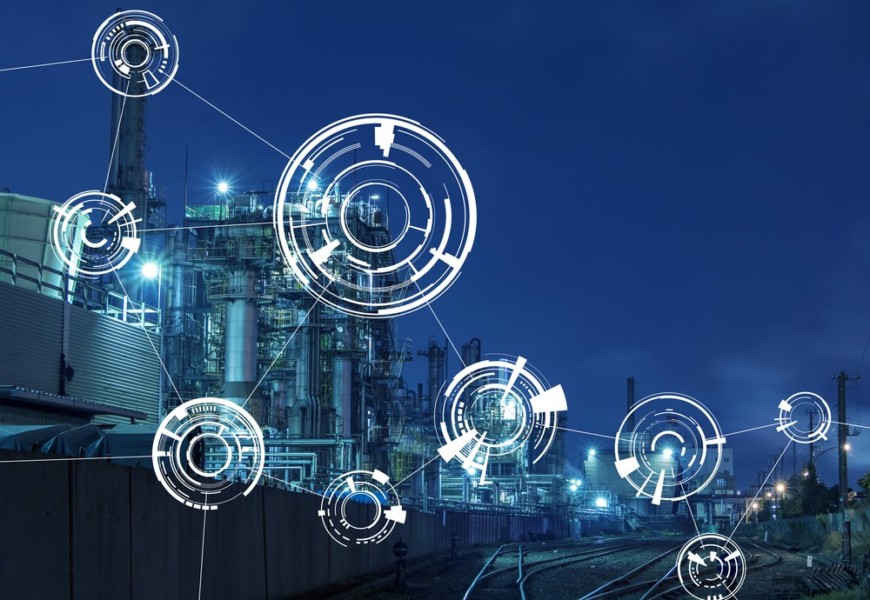 Facing climate change head-on with live environmental monitoring is a problem to which greenhouse gases (GHGs) are the most significant contributors.

Among the most severe concerns are carbon dioxide (CO2), followed by carbon monoxide (CO), nitrogen oxide (NO), nitrogen dioxide (NO2), and ozone (O3), all of which are harmful to human health.

Of these, CO2 is the primary greenhouse gas created by human activity which needs to be monitored, tracked, and reduced.

When you consider that the world’s cities collectively account for more than 70% of global carbon dioxide (CO2) emissions, you can see why they are so crucial in the fight to reduce emissions and keep climate change under control.

When calculating CO2 and other greenhouse gas emissions, it is common to start with consumption statistics – how much fuel factories, families, and traffic have consumed in a given period – and then extrapolate from there. Often, this material is only made public after a year or two of investigation.

Facing climate change head-on with live environmental monitoring of greenhouse gas concentrations in the atmosphere would be possible. The utilization of a large number of sensors in a dense, evenly-spaced network would not only offer an up-to-date image of air quality at any one time, but would also provide a more accurate picture of air quality over time. It would also allow researchers for environmental monitoring to determine the source of the greenhouse gases.

Stanford University, the University of California at Berkeley (UC Berkeley), the Met Office, and the National Physical Laboratory are among those involved in the project. The collection of air samples, on the other hand, is only one aspect of the picture. These must then be integrated with atmospheric transport models to understand better where the air is coming from and distinguish between natural and artificial sources of greenhouse gases.

Data collected by the sensors

You must evaluate the data collected by the sensors and apply must inverse modeling techniques to determine the origins of CO2 samples that have been seen. As noted by Dickson Data: firms must have adequate technology to track environmental data accurately. Otherwise, legal ramifications could occur. Tracking at the enterprise level can also assist in the international campaign to lower carbon emissions.

In addition to providing a considerably more precise picture of the sources of GHGs, this information would also provide near-instantaneous insight into the effects of any decisions that municipal leaders and officials make to reduce emissions and pollute the environment.

A network of this nature does not have to be prohibitively expensive. The Glasgow initiative uses low-cost sensors developed and donated by a team from the University of California, Berkeley, directed by Ron Cohen, a professor of chemistry and earth and planetary science at the university. At $8,000 per station, these are significantly less expensive than typical air-quality monitoring stations, which may cost upwards of $200,000.

Professor Cohen has been running a network of 70 sensors across the San Francisco Bay Area for the past 8years as part of the Berkeley Environmental Air-Quality and CO2 Network (BEACO2N) project. He received his degree from the University of California, Berkeley, in 2007.

Cities the key to climate change?

As a result of a 50 percent reduction in road traffic during the COVID-19 shut down in California, the BEACO2N network observed a 25% reduction in CO2 emissions in the San Francisco Bay Area during the lockdown. It served as proof of the usefulness of such a network in the real world. With real-time monitoring, city officials will get the knowledge and resources they need to meet their net-zero goals and play a significant role in the global fight to combat climate change.

The GEMM project will host the ‘Cities are the Key to the Climate Solution Summit’ on November 3 as part of COP26 to demonstrate this strategy and inspire other cities to establish their climate solutions networks.

Collaboration between scientists, sensing and data technologists, policymakers, and economists is essential to address the multidimensional and multisectoral climate and emissions challenges we face.

An ever-increasing demand exists for more precise environmental data, enhanced measurements, and forecasting models to more effectively establish the strategies and policies that we will need to adapt to or reduce the effects of climate change.

The consequences of climate change on human health are already evident in various ways: extreme weather events like heat waves, storms, and floods, food systems being disrupted, a rise in zoonoses (zoonoses caused by food, water, and vectors), and mental health difficulties. As a result, many of the socioeconomic determinants of health, such as income equality and access to health care and social support systems, are being eroded by climate change.

Most exposed to climate-related health concerns include women and children; ethnic minorities; poor communities; migrants or displaced persons; elderly populations; and those with preexisting health disorders. Using correct climate change tracking and monitoring tools within the healthcare industry could assist in this regard.

Climate informatics, a new field that combines data science and climate research, was formed in 2011 as a new discipline. Climate informatics encompasses a wide range of topics, including paleoclimatology, which is the study of past climate conditions using data from things like ice cores, climate downscaling, which is the application of large-scale models to predict weather on a hyper-local scale, and the socioeconomic implications of weather and climate, among others.

You may use Artificial intelligence to unearth new insights from large quantities of sophisticated climate simulations, which has come since the establishment of the first system at Princeton University in the 1960s. There are plenty of models available now. In the short run, the models are often in agreement. Nonetheless, Claire Monte Leone, a computer science professor at the University of Colorado Boulder, says the models differ regarding long-term projections.

This will enable governments to prepare for climate change and, in some instances, even reverse some of the effects of the phenomenon.

The most significant obstacles in executing live environmental monitoring are the financial and human resources required to establish and sustain a nationwide monitoring system. Financial and time investments in hardware, software, and specially trained staff are needed. A more considerable demand on these resources is placed on them by other, more urgent challenges in many developing countries.

It’s important that enterprise and government agencies both start implementing live tracking of key environmental variables so that better choices can be made to mitigate climate change. Without the right information at hand, it’s not possible to do anything significant about the problem.

Stephen SorokoffMay 3, 2022
Read More
Scroll for more
Tap
Beware of Kleenex’s Antiviral Facial Tissues
If You Are White Do Not Get COVID in New York Reverse Racism Rears Its Head