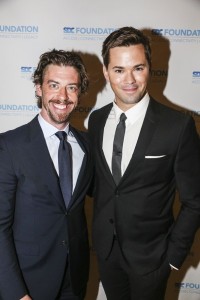 The 2016  Falsettos will once again be directed by James Lapine. The production will have choreography by Spencer Liff, sets by David Rockwell, costumes by Jennifer Caprio, lighting by Jeff Croiter, sound by Dan Moses Schreier, and musical direction by Vadim Feichtner, conducting Michael Starobin’s original orchestrations.

Additional casting for  Falsettos will be announced at a later date.

William Finn and James Lapine return to Lincoln Center Theater where their musical A New Brain (written by Finn and Lapine, music and lyrics by Finn) played at the Mitzi E. Newhouse Theater in 1998 and won the Outer Critics Circle Award for Best Musical. Additionally, Lapine and Finn have collaborated on the musicals Muscle and Little Miss Sunshine. Lapine also directed Finn’s musical The 25th Annual Putnam County Spelling Bee on Broadway, for which they received Tony nominations for both direction and original score.

William Finn’s Elegies: A Song Cycle premiered at Lincoln Center Theater in 2003. He wrote and composed In Trousers (L.A. Drama Critics Award); America Kicks Up Its Heels (Playwrights Horizons); and Make Me a Song (New York Stages); as well as Romance in Hard Times, Love’s Fire: Fresh Numbers by Seven American Playwrights, and scores for Shakespeare’s The Winter’s Tale and As You Like It, all for The Public Theater. He graduated from Williams College, where he was awarded the Hutchinson Fellowship in Musical Composition.