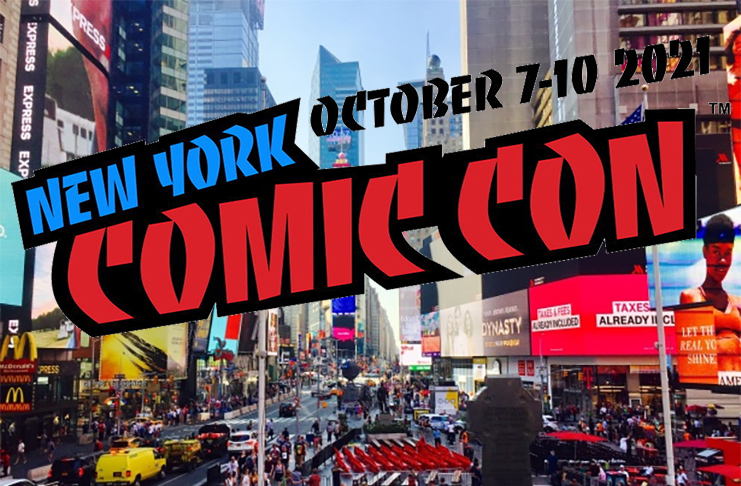 If it weren’t for comic books, I might have lived the mundane life of a college professor or some such. Or maybe not. But I do believe my start as an outlier was when I picked up my first comic book — it might have been a 1961 Turok, Son of Stone. Or maybe it was a Mystery In Space with the character Adam Strange. And then there was that Flash. Or maybe it was Showcase Comics featuring the red uniformed Flash — drawn by Carmine Infantino and maybe inked by Murphy Anderson.

Whatever it was, once I read them there was no turning back. My life had changed. At the time, comic book fans were fewer than they are today; in fact, enjoying them was kind of an underground act.

Now being a comic book fan is nearly mainstreamed thanks to there being a source for the many tentpole superhero movies that are keeping the film industry alive. And these international comic cons have become the gathering point for the fans whether they be the movie or print versions.

Once again, New York Comic Con hits the city this October, fully coming to life in Javits Center from the 7th to the 10th — and there’s none of the virtual this or that. But it’s somehow a bit more modest in its range of invited guests and event schedule. That’s okay. It needed to get kick started and that’s what’s happening right now.

Where can the best in pop culture be experienced no matter what fandom you’re passionate about?. Whether inspired by award-winning artists or Japanese anime creators, the answer can be found at Javits this weekend. If you are star-struck over your favorite TV and film idols, they can be seen and maybe even met at a photo op or signing.

And that’s not all. There are industry panels, an artist alley and a huge exhibition hall of booths filled with swag and signings.

Best of all are the fans themselves — costumed and ready for cosplay. Find all the Flashes, Spider-men and Wonder Women as they wander the Javits this weekend in their costumes and more.
For further info go to: https://www.newyorkcomiccon.com/