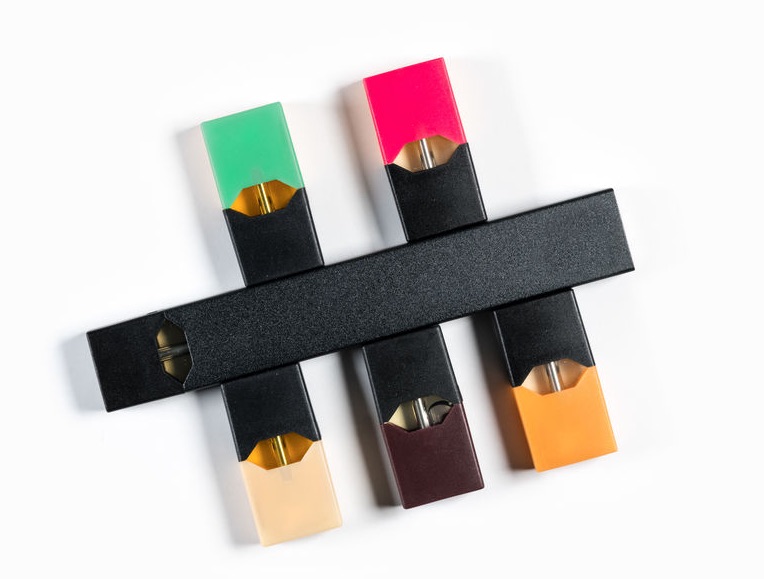 On July 20, The United States Food and Drug Administration (FDA) announced that it had sent warning lettersto several vaping product retailers for selling new vaping devices without prior authorization and/or e-liquids that mimicked the packaging of popular food or snack products. At the beginning of the year, the government banned most flavors for pod-based and cartridge-based e-cigarettes, leaving only tobacco and menthol flavors on the market. Even overseas vape shops like V2 Cigs UK watched those developments closely, discontinuing shipments of many e-cigarette cartridge flavors to the U.S. to comply with the new law.

This latest move by the FDA, however, was something that many vaping industry observers hadn’t predicted. With the U.S. PMTA deadline only about a month away, most industry experts assumed that the FDA would allow disposable e-cigarettes to remain on the market since most vaping products will be removed on September 9 anyway. It seems clear, however, that the FDA wanted to send a message to the vaping industry. They wanted members of the industry to know that they are still being watched closely, even as health officials continue to battle the COVID-19 pandemic.

Why Are Disposable E-Cigarettes Popular in the United States?

Disposable e-cigarettes were almost completely irrelevant in the United States until the flavor ban. Users of pod- and cartridge-based e-cigarettes loved sweet flavors like chocolate, mint, custard and fruit. The problem, however, was that many of the users of those smaller vaping devices were underage. Although U.S. law forbids anyone under the age of 21 from buying tobacco or vaping products, teens have somehow managed to acquire those products by the millions anyway. The FDA ban on most e-cigarette pod and cartridge flavors was intended to curtail the popularity of underage vaping.

The problem with the ban was that it left disposable e-cigarettes untouched, which meant that some underage vapers simply switched from pod-based vapes to disposable ones. The flavor ban, therefore, didn’t really accomplish its intended purpose. Although it seems likely that COVID-19 shutdowns and quarantines have greatly reduced teen vaping, the FDA apparently wasn’t satisfied with the results they were seeing.

Why Is the FDA Sending Warning Letters to Sellers of Disposable E-Cigarettes?

One thing about the FDA’s latest round of warning letters does raise questions; it’s the fact that the agency targeted only a few sellers of disposable vapes. Disposable e-cigarettes represent arguably the hottest category in the U.S. vaping industry right now, and a simple Google research reveals dozens of companies – who didn’t receive warning letters – still selling the products. That has left some retailers wondering what they should do with their existing stocks of disposable vapes and whether they should continue investing in new stock.

What Should Vape Shops Do With Their Remaining Stocks of Disposable E-Cigarettes?

Understand the Legal Climate for the U.S. Vaping Industry

If you own a vape shop, you should let this latest round of letters from the FDA serve as a warning. The fact that you can get a particular vaping product from your distributors doesn’t necessarily mean the product is legal to sell.

When the FDA announced its regulations for the vaping industry in 2016, the agency froze the industry on that date. Existing products could continue being sold until the PMTA deadline, but no new products could enter the market unless the makers of those products submitted the appropriate applications and received marketing authorizations from the FDA.

At the time of writing, no vaping product has completed the PMTA process. A few manufacturers have submitted their applications, and their products can remain on the market for an additional year pending approval.

If you’ve been watching the vaping industry since 2016, though, you know that the flow of new products definitely didn’t stop when the FDA announced its vaping regulations. In fact, an enormous percentage of the devices and e-liquids being sold today meet the legal definition of “unapproved new tobacco products” because they were released after 2016 and don’t have marketing orders from the FDA. The FDA, therefore, has the authority to remove any of those products from the market at any time.

Consider the Potential Youth Appeal Before Investing in a Product

Since there are likely hundreds of “unapproved new tobacco products” being sold in the U.S. right now, it seems clear that the FDA is selectively exercising its authority to remove those products from the market. New vape mods and tanks – and e-liquids clearly designed to appeal to adults – have remained on the market. Flavored vape pods and e-liquids with packaging mimicking the appearance of snack foods and cereals have been removed. It now looks like flavored disposable e-cigarettes are on the way out as well. You should carefully consider those factors before investing in any new vaping product. Could a given product potentially have youth appeal? If so, you probably shouldn’t carry it.

Whether you sell vaping products online or in a brick-and-mortar store – or both – this would be an excellent time to audit your age verification process and make sure that it is absolutely infallible. If an FDA audit determines that you have ever sold vaping products to underage buyers, you will almost certainly be under the microscope in the future. It doesn’t matter if the sales were unintentional; it’s your responsibility to ensure that your age verification system works.

Clear Out Your Disposable Vapes While You Can

Given the agency’s recent actions, it seems safe to assume that the FDA intends to remove flavored disposable e-cigarettes from the market. Sadly, many vape shop owners have invested heavily in those products and stand to incur major financial losses if they can’t sell them. If that’s true for you, you should probably consider selling your remaining stock of disposable vapes as quickly as possible – even if that means breaking even or taking a small loss. If you receive a warning letter from the FDA, you’ll need to stop selling those products immediately. The safest thing to do, then, is exit that market segment as quickly as you can.