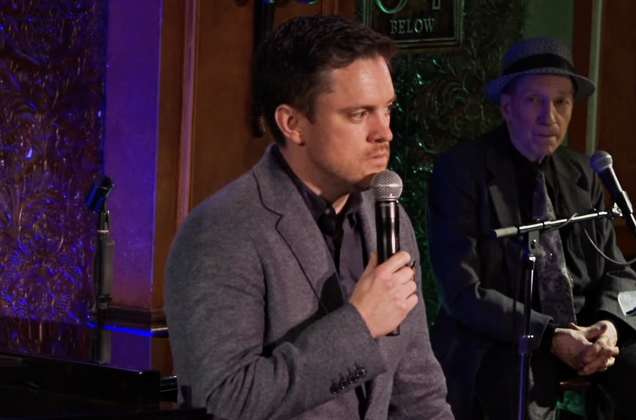 If you have ever been to a Scott Siegel show expect to learn a lot. I was booked into the live stream from Broadwayworld and decided to check out his newest show at Feinstein’s/54 Below. For me there is just way too much talking and I find the set lists not well put together in terms of where the songs go. This was however one of his better shows. 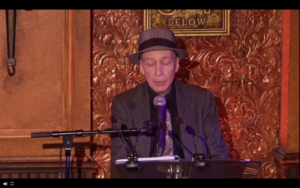 Starting off the night was the 1957 Academy Award winning “All The Way,” sung by Willie Demyan from Next To Normal. His nice rounded tones were beautiful, but this song made for a slow beginning 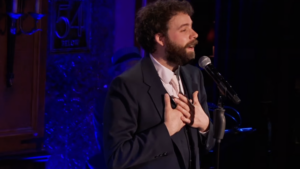 Originally sung by Kaye Ballard as “Other Words,” when Peggy Lee got a hold of this song the title changed to “Fly Me To The Moon.” Pianist John Cook and Josephine Sanchez brought us their rendition. Sanchez has a nice cabaret voice, but Cook is a really good piano player. His jazz stylings made this song his own.

“Oh You Crazy Moon” was recorded by Elana Bennett with the Fred Barton Orchestra and she was back to perform it live. 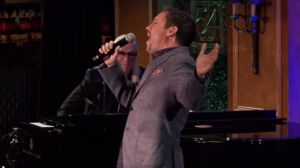 “Come Back To Me” from On A Clear Day You Cn See Forever brought a talented Ben Jones with soaring notes. This song would have been a great opening number as it was exciting. Ron Able was also phenomenal on piano He made the song his own as well. Bravo!

“Autumn Leaves” originally named “Dead Leaves” in French brought out 18-year old phenom Anaïs Reno. This girl has a long career ahead of her. Her ending notes were just glorious. 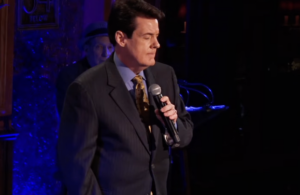 John Cook and Josephine Sanchez came back for a jazz, scatting version of “Let’s Fall In Love”. 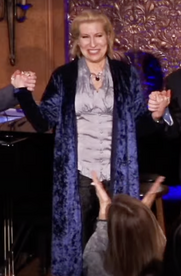 Elana Bennett brought back a sentimental  “Fools Rush In”.

Ben Jones gave us “I Wanna Be Around By,” another exciting rendition to the Feinstein’s/54 Below audience. He is making me a fan.

Anaïs Reno starting off acappella bringing back another era singing “Stardust” to perfection. Her vocal range and control is spectacular. Again Ron Able pas de duex’s with the singers, brings out the best of both.

“One For My Baby (and One More For The Road)” brought back Willie Demyan, but he really is miscast for this song, though he ended it well. 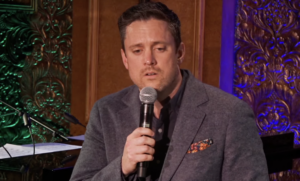 Ben Jones was back for a powerful “You’ll Never Walk Alone” from Carousel arrangement by Nelson Riddle, that in the second verse became a powerful gospel anthem. He is almost like a Sam Harris for today. I can see him winning Star Search if it still was on. Smartly they gave him the “ElevenO’Clock“ number.

Toning the operatic tones down John Easterland did it “My Way” with passion and verbose ending the night with aplomb.

Stephen SorokoffJuly 25, 2022
Read More
Scroll for more
Tap
Events In April Will Not Be Stalled By Showers
To Steve From Liz Callaway With Love a Masterclass of Memories