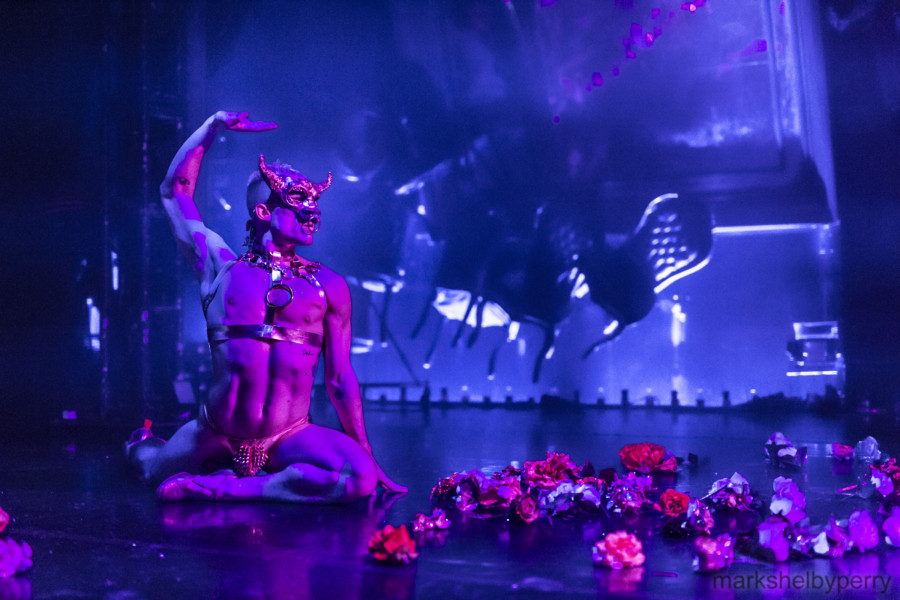 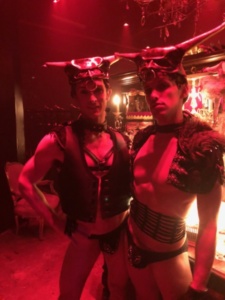 Austin McCormick and his company’s latest show is based on Munro Leaf’s 1936 book The Story of Ferdinand. I know this tale from the Disney short and this is definitely the grown-up version. As you enter the new space you are ensconced in red lighting laden with frankincense, as barely clad bartenders offer you absinthe and other decadent cocktails. You are escorted to couches or tables to indulge in the glory of what muscular bodies can accomplish. 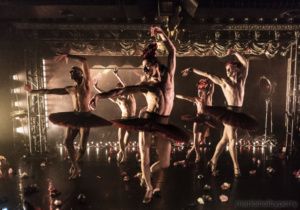 The show is an all male ensemble glittering in thongs, chest harnesses, nose rings, horns and character shoes with red soles. Bizet’s Carmen has them toying, cavorting, wrapping there legs and sliding down each other. Enter Ferdinand (Ryan Redmond), in a golden stilettos headpiece, who just wants to smell the flowers. As Ferdinand is bullied and taunted by the other bulls, Disney’s version is given an homage with Bill Hayes’s “Ferdinand the Bull.” 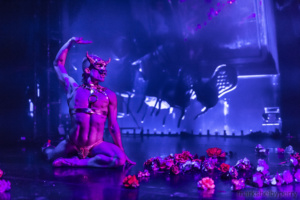 Rimsky-Korsakov’s “Flight of the Bumblebee.” announces a black-and-gold-clad bee (Làszlò Major) who uses pole dancing to the extreme, as legs dance to new feats. Ferdinand and the bee  pas de deux to Shirley Bassey’s “Kiss Me, Honey Honey, Kiss Me”. 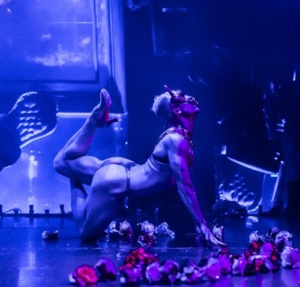 When the bee stings him Ferdinand upset, gets captured and entered into a bullfight. 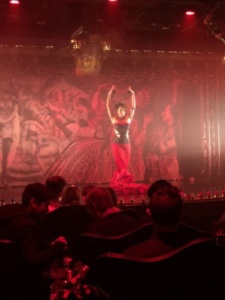 As the act ends, intermission turns into specialty acts with a flamenco dancer 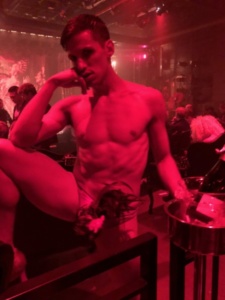 a cock fight and a Carmen Miranda tap number. 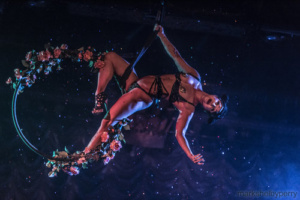 Choreographed by director McCormick, the balletic excellence he gets from his cast is athletic perfection. His productions easily rival NYC Ballet or another company. He brings sexuality to the art form, making this a decedent evening of delicious fun. Major and Richardson, execute jaw-dropping displays that made this production exquisite. Redmond makes us care for this bull with a softer side.

If you have never experienced Company XIV this production makes it worth the trip to Brooklyn.