Fiddler: A Miracle of Miracles A Must See For Any Fiddler on the Roof Fan 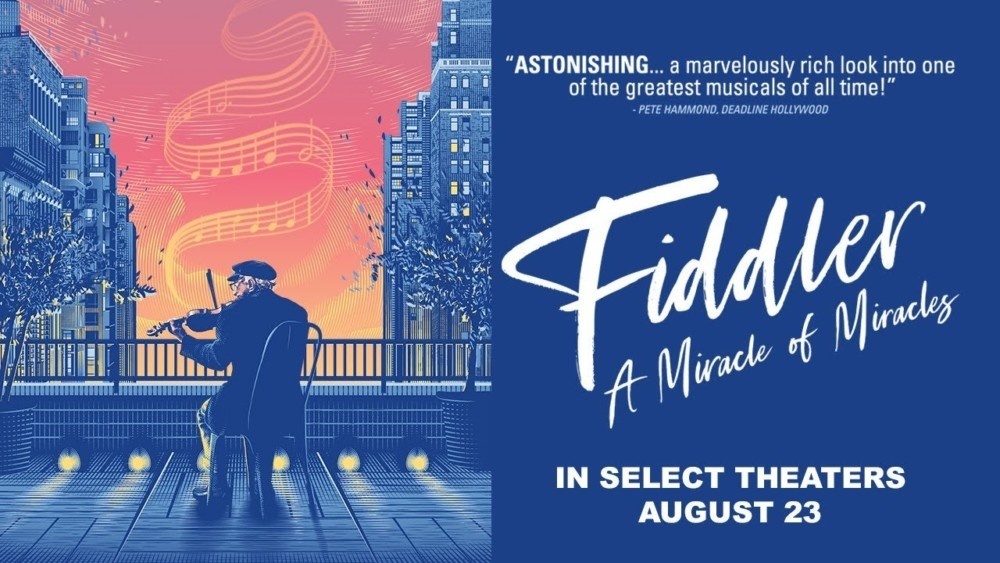 Fiddler: A Miracle of Miracles A Must See For Any Fiddler on the Roof Fan

The very first review from Variety in 1964 stated: “There are no memorable songs in this musical,” yet “Matchmaker, Matchmaker,” “If I Were A Rich Man,” “To Life, to Life, L’Chaim!,” “Do You Love Me?” and “Sunrise, Sunset” are sung on a daily bases all over the world. It’s hard to believe that a review could have stopped Fiddler on the Roof from surviving over 3,000 performances on Broadway and for holding the record for the longest-running Broadway musical for almost 10 years.

Directed by Max Lewkowicz and written by Lewkowicz and Valerie Thomas, the documentary explores the origin story of the beloved musical \and its creative roots in early 1960s New York.

You will learn that during rehearsals, Jewish actor Zero Mostel, feuded with Robbins, whom he held in contempt because Robbins had testified before the House Un-American Activities Committee and hid his Jewish heritage from the public. Other cast members also had run-ins with Robbins, who reportedly “abused the cast, drove the designers crazy.

The film brings out the reason why Tevye casts aside Chava. She would have had to have been baptized into the Russian church upon marrying, thus giving up her faith.

What is the most compelling part of the documentary is the way it looks at gender, sexuality, race relations and religion. We see the shtetl’s of Anatevka and see how Jewish women, thinking they were getting married were sexually trafficked into prostitution.

In one section Lin-Manuel Miranda shared footage of his wedding reception which featured, the “bottle dance”. Miranda who played one of the son’s in grade school production, wanted to surprise his bride and relatives by incorporating it into his own wedding festivities. Lewkowicz noted that “Fiddler” was a basis for Miranda’s award-winning In the Heights.

Decades later Fiddler, has been revived five times on Broadway, is performed in more places than any show in the history of Broadway. Japan, South America, Europe, North America, Africa and Germany have all had productions and the show is currently enjoying a successful Off-Broadway run in the Yiddish language production at Stage 42.

Do not miss this captivating look at history and iconic piece of musical theatre.

Suzanna BowlingAugust 1, 2022
Read More
Scroll for more
Tap
5 Reasons Why You Should Take Your Kids To The Theatre
Tom Sturridge and Jake Gyllenhaal Master The Art of Intimate Connection