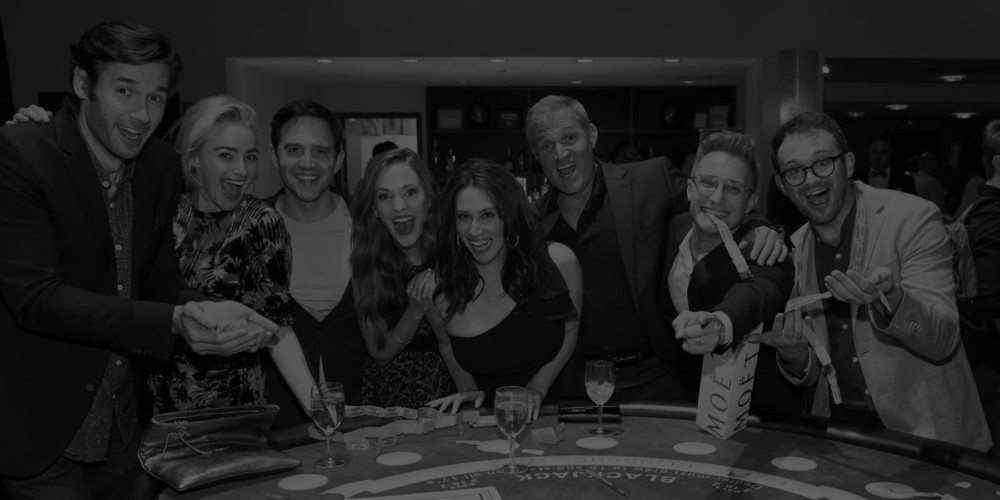 World Series of Poker winner and Roundabout star Jennifer Tilly (Don’t Dress for Dinner) and Laura Osnes (Anything Goes, Cinderella) will host the event, and World Poker Tour Champion Phil Laak will have a seat at the table.

There will also be open casino games, such as blackjack, roulette and craps.

The evening will include an open bar and hors d’oeuvres. Guests will play for prizes in lieu of cash. All levels of experience are welcome to play; professional poker players and amateurs alike. All celebrity appearances are subject to change.

Individual Tournament ticket prices range from $300 to $750. General Admission to play open casino games are $250 each, with a special $100 price for Roundabout’s Hiptix and GenR Members. VIP Table packages for $3,000, $5,000 and $10,000 are available, which includes a half or full table and the company of a guest artist.

Tickets are available by calling Special Events at 212-719-9393 x 369 or at roundabouttheatre.org/casinonight.

Roundabout Theatre Company celebrates the power of theatre by spotlighting classics from the past, cultivating new works of the present, and educating minds for the future. A not-for-profit company, Roundabout fulfills that mission by producing familiar and lesser-known plays and musicals; discovering and supporting talented playwrights; reducing the barriers that can inhibit theatergoing; collaborating with a diverse team of artists; building educational experiences; and archiving over five decades of production history.

Off-Broadway in 2018-2019, Roundabout’s season continues with Merrily We Roll Along by Stephen Sondheim and George Furth, directed by Noah Brody in a Fiasco Theater production; Toni Stone by Lydia R. Diamond, directed by Pam MacKinnon; and Something Clean by Selina Fillinger, directed by Margot Bordelon at Roundabout Underground.

In 2020, Roundabout will present three new works Off-Broadway, including: 72 Miles to Go… by Hilary Bettis; …what the end will be by Jiréh Breon Holder, directed by Margot Bordelon; and Darling Grenadine, book, music & lyrics by Daniel Zaitchik, directed and choregraphed by Michael Berresse.