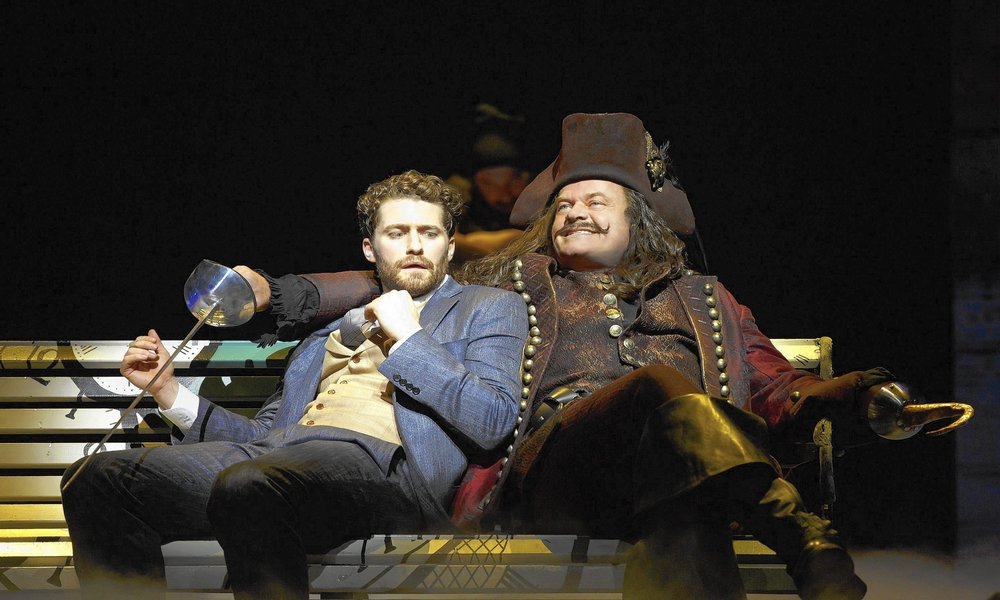 Diane Paulus’s (Pippin), direction is over the top and highly manipulative. Mia Michaels (“So You Think You Can Dance”) choreography is very Jekyll and Hyde and Gary Barlow and Eliot Kennedy score is a rip off of the Turtles music as well as the original versions of Jekyll and Hyde. Like their music in New York Spring Spectacular nothing thrills or makes you say hey I want to sing that. The show in a strange way reminds me of Frank Wildhorn’s Wonderland.

On the plus side Barlow and Kennedy have great chemistry and (spoiler alert if you haven’t seen the film) when she dies her death is wonderfully and imaginatively done. The show will have you shedding at least one or two tears. I also love the theme of letting your inner child out as well as letting your child just be a kid.

For a show about imagination, less would have been more, but I expect this show to get a Tony nod because the “Road” vote is so powerful. What ever happens this show will run for a long time because it is a family show and the audiences love it.