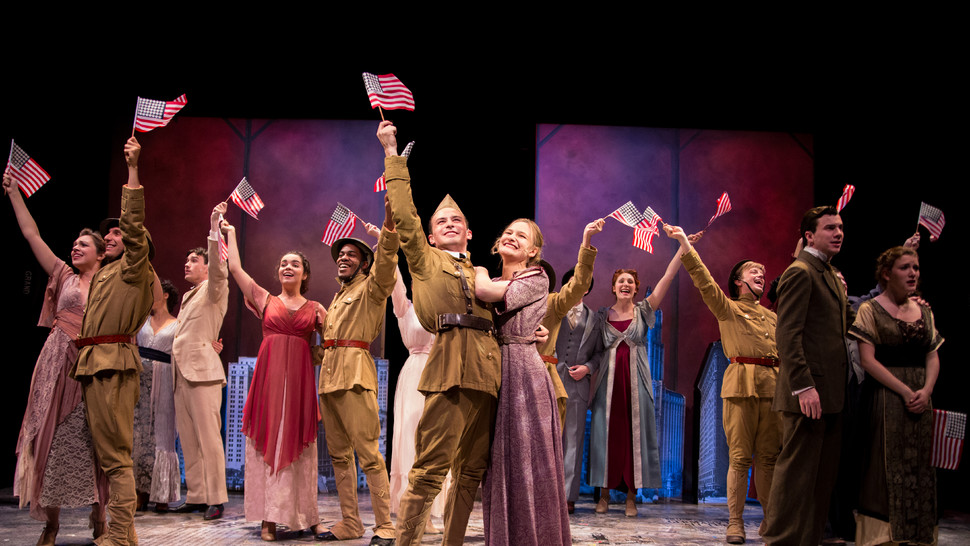 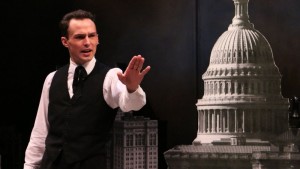 I was looking forward to seeing Fiorello, as I only knew of it from it’s score and Tom Bosley on the Tony Awards. Fiorello, is based on Fiorello La Guardia New York’s greatest mayor and someone America could use as a candidate right now. He was a man who fought for the rights of others and helped take down the mob and corruption. He refused to become part of a continuing problem. He was a war hero and a short, not so attractive man. Fiorello, ran on Broadway from 1959 to 1961 and showed how he rid the city of the corruption of Tammany Hall and how he became mayor. It won the 1960 Pulitzer Prize for Drama and shared the Tony Award for new musical, with Rodgers and Hammerstein’s The Sound of Music.  Sheldon Harnick and Jerry Bock’s songs come off as nostalgic pieces with “When Did I First Fall In Love?,” “Little Tin Box,”“I Love a Cop” and “Gentleman Jimmy,” standing the test of time. Sadly the score sounds thin with the two keyboards and a violin, though the cast for the most part excellent voices. 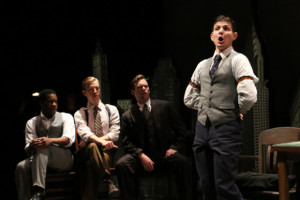 The problem with this show coming from Berkshire Theatre Group’s home in Stockbridge, Mass. is that the cast is extremely young and it feels like a non-union college production. Austin Scott Lombardi seems more into himself than the plucky “Little Flower.” Physically he is just wrong and is not a powerful enough singer with stage presence to carry off the role. Stealing the show is Rylan Mosbach, as Ben, the man who helps make his career. You almost wonder why Mr. Mosbach is not playing Fiorello, except his performance in “Little Tin Box,” is the highlight of the show. Mark my words this kid will become a star! Also walking away with her role is Chelsea Cree Groen who is reminiscent of a young Leslie Ann Warren. Rebecca Brudner is lovely as Thea, LaGuardia’s first wife, who dies from tuberculosis. As Marie, La Guardia’s pinning secretary, Katie Barenboim, acts well, but again is lacking in vocal prowess. Maureen Glessner brings home the tuneful “Gentleman Jimmy.” 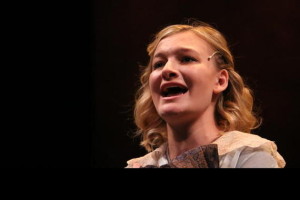 Bob Moss’s direction and choreography by Michael Callahan is in constant motion, instead of leaving room for tender moments. The book by Jerome Weidman and George Abbott is outdated and it is a shame it wasn’t tweaked to give it a fresh take. Carl Sprague’s cardboard set is interesting, but the best part of this revival is the costumes by David Murin that are so well done.

I would love to see Mark Kudish take on this role, but there is not enough singing in it for him.