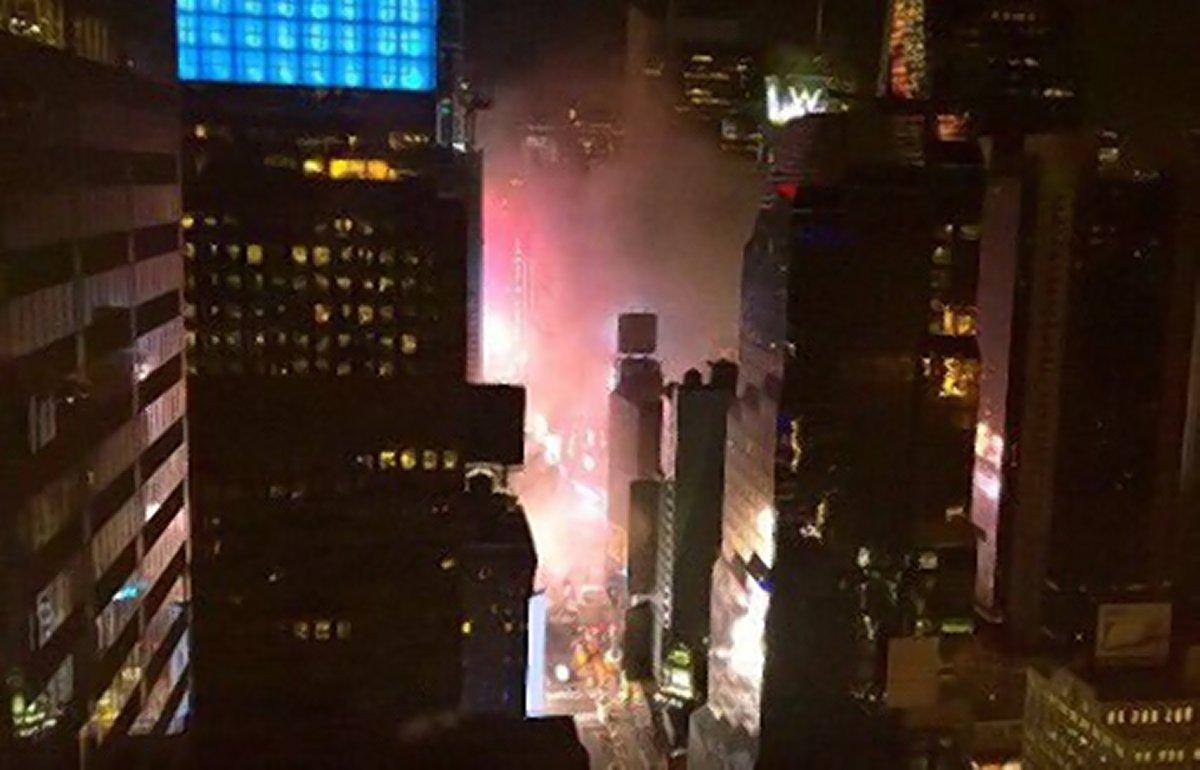 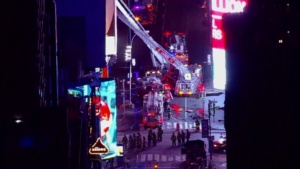 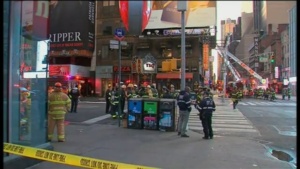 A three-alarm fire was reported just after 5 a.m. Tuesday at the TSQ Brasserie at 723 7th Ave., in the Theater District between 48th and 49 streets. The fire spread to a nearby building and sending thick smoke into the streets. The fire broke out in the ducts of TSQ Brasserie. Fire also got into 167 and 165 West 48th St. “It was a pretty complex situation,” FDNY Deputy Chief John Hodgens said. “The fire was in between three buildings.”

The 12-story high-rise on Seventh Avenue, saw  the restaurant decimated and the buildings on 48th Street was also heavily damaged, but not completely destroyed, fire officials said.

About 150 firefighters helped bring the blaze under control about 7:40 a.m, but two firefighters suffered minor injuries and one civilian was rushed to Lenox Hill Hospital for treatment

The restaurant was closed when the fire broke out.

The cause is under investigation.