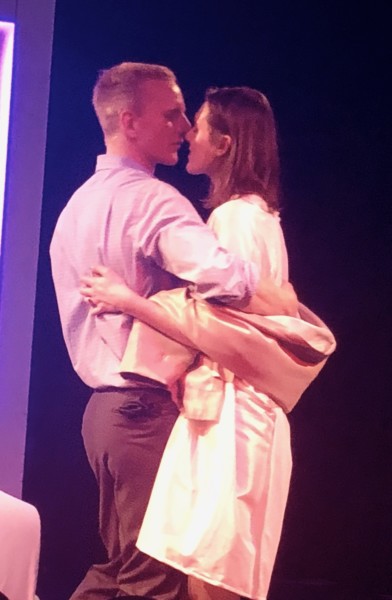 For A Life and Working Inside a Festival

For A Life and Working Inside a Festival 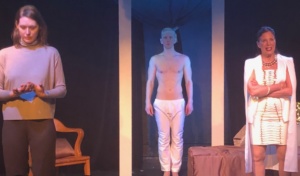 Cody Buser’s sci-fi play For A Life is a well-written piece of theatre, that has the potential to become a well-respected film. Cody’s piece examines the value of life. Set in the future, Janet (Emma Clare O’Conner) wants companionship. Not finding it among humans, she commissions to make Adam (Christopher Sherwood), an artificial human. Janet begins to question his creation and what is real versus unreal as her co-worker, Billy’s (James C. Meyer) jealousy sets into motion doubts and fear. Creating an artificial human has its drawback; Adam must be destroyed if Janet no longer exists. Janet, who is dying, wants Adam to continue living, but The Doctor (Lisa Forell) fights her on this issue. In the end, who and what is human is put to the test. 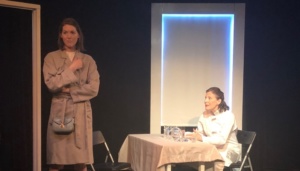 Mr. Buser’s play is hysterical, poignant and well thought out; however, in the Strawberry Theatre Festival where it is now playing, director Phil Setren and the cast decided to re-write Mr. Buser’s work and in doing so, cut out fully rounded characters. Mr. Setren also decided to add so many scene changes that are unnecessary that the play loses its flow. In a festival, less is always more; however, Mr. Setren hasn’t gotten that memo. 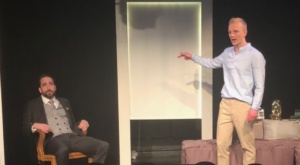 Also since this is a festival, the caliber of acting is not always the greatest quality. The two leads are perfectly cast and bring some emotion to the piece, but the two supporting characters overact. In learning that they all refused to learn the correct lines and decided to change their lines to suit themselves, obviously professionalism is out. 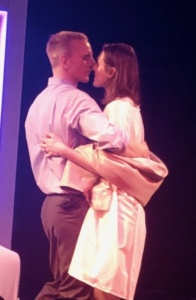 After seeing this play, I asked to read the script, as there seemed to be holes in the characters progression. In reading For A Life, this is a script, that is well written and should go further. The cast and director should be ashamed of themselves. Playwriting festivals are for the playwright, who is looking to see how their play flows. It is the playwright that pays for the piece, both financially and mentally, not the actors or the director. If Mr. Buser’s work had been left intact, had the director and actors done their jobs, this play would be getting rave notices by the critics, theaters and filmmakers alike.

Despite all this, For A Life is still one of the better festival shows and worth a look.