Forbidden Broadway: The Next Generation Gets a New Life At The York Theatre 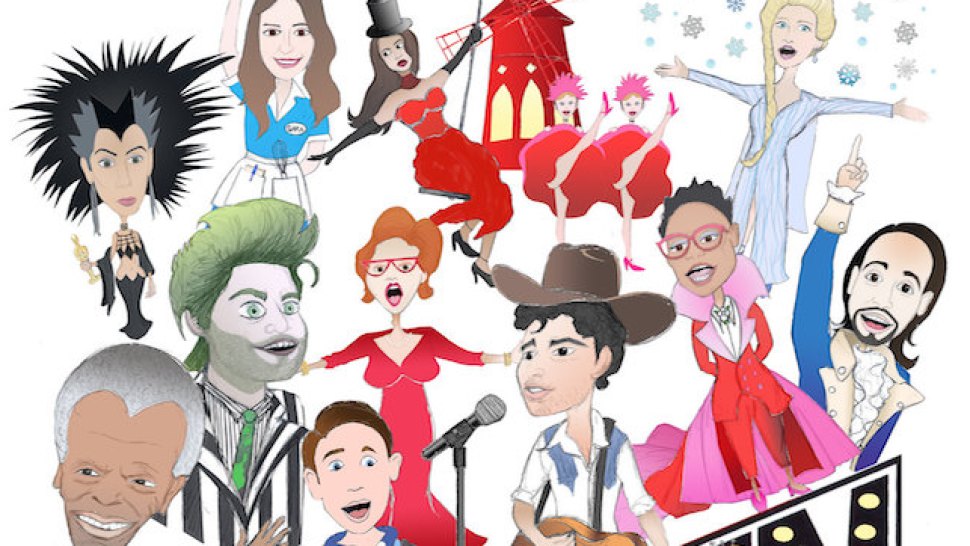 Forbidden Broadway: The Next Generation Gets a New Life At The York Theatre

The York Theatre Company (James Morgan, Producing Artistic Director; Evans Haile, Executive Director), dedicated to the development of new musicals and rediscovery of musical gems from the past, will present the return engagement of the hit Off-Broadway production of Gerard Alessandrini’s hilarious musical spoof of all things theatre Forbidden Broadway: The Next Generation. Performances are set to resume Wednesday, January 15, 2020 at 7:00 p.m. for a limited engagement through Sunday afternoon, February 9, 2020 at The York Theatre Company at Saint Peter’s (entrance on East 54th Street, just east of Lexington Avenue).

“I’m thrilled to have the opportunity to move our brand-new Forbidden Broadway to The York Theatre, and honored to be part of their 50th Anniversary season,” remarked Alessandrini. “Transferring the show from a tiny cabaret space to a legitimate theatre gives us much-needed breathing room, as well as a chance to expand the choreography and add some sparkling lighting. Also, in the classic tradition of Forbidden Broadway, I’ll have the chance to add some new spoofs on the current theatre season. I’m excited to bring the laughter to the York stage!”

Tickets for Forbidden Broadway: The Next Generation are online at www.yorktheatre.org, or in person at the box office at the York Theatre at Saint Peter’s (Citicorp Building, entrance on East 54th Street, just east of Lexington Avenue), Monday through Friday (12:00 p.m. – 6:00 p.m.). Senior Rush tickets are available in-person beginning one hour prior to performances for $20 cash only. Student tickets can be purchased anytime in advance at the box office during regular box office business hours. Limit one ticket per valid student ID and tickets are subject to availability. Student Rush tickets are $20.00 cash or credit. The York Theatre also offers $25 tickets for guests aged 35 years and under. Groups of 10 or more, contact Great White Way at 212-757-9117, or GreatWhiteWay.com. (*York Members receive Priority Seating and Discounted Tickets.)

Forbidden Broadway has been a theatrical institution since 1982, when Gerard Alessandrini created the first edition, lampooning the Broadway shows and stars of the day, who often stopped by to laugh at themselves alongside the public. In the 38 years since, Forbidden Broadway has garnered international acclaim and awards that include 7 Drama Desk Awards, an Obie, a Drama League Award, an Outer Critics Circle Award, 2 Lucille Lortel Awards, and a Special Tony Award along the way.

Currently at The York is the Off-Broadway premiere production of the new musical revue Anything Can Happen in the Theater: The Musical World of Maury Yeston with music and lyrics by Maury Yeston. Now on stage for a limited engagement through Sunday, December 29, 2019 at The York Theatre Company at Saint Peter’s (entrance on East 54th Street, just east of Lexington Avenue). Opening Night is Thursday, December 5 at 6:45 p.m.