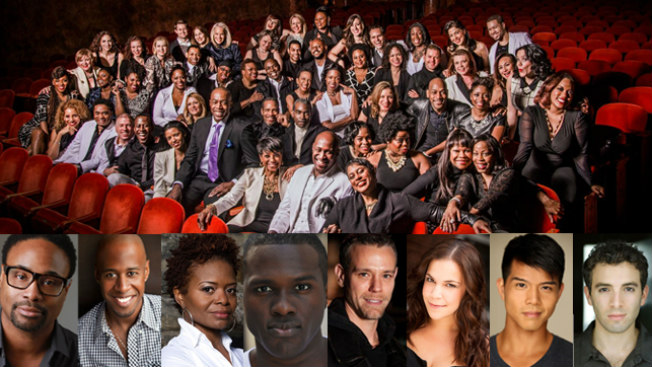 Forget the Grammy’s Tonight Be Inspired With Inspirational Broadway

Forget the Grammy’s Tonight Be Inspired With Inspirational Broadway 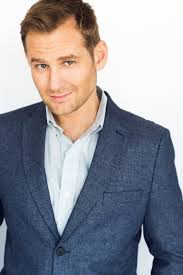 With hits from Broadway shows like Rent, Sunday in the Park with George, Violet, Oklahoma! and Memphis, the show celebrates the soul of Broadway and BIV’s mission to give “hope, inspire, and change” lives with the universal power of inspirational music. This event is presented by Marathon Live Entertainment (Mike Karns), Telly Leung Productions and R/J Productions (Rich Aronstein).

Broadway Inspirational Voices (BIV) is a diverse choir of Broadway artists united to change lives through the power of music and service. BIV’s mission consists of providing HOPE to INSPIRE and TRANSFORM youth in need through music and the arts. The company was founded by Michael McElroy in 1994 as the Broadway Gospel Choir and in 1999 reincarnated to its current name. In addition to numerous concerts, the Grammy nominated choir has performed with award-winning artists such as Mariah Carey, the Yeah Yeah Yeah’s, Sting, Elton John, Vanessa Williams, Heather Headley and Billy Porter. BIV has been featured on “Late Night with David Letterman,” “The Rosie O’Donnell Christmas Special,” multiple Tony Awards telecasts, “Smash” and “America’s Got Talent.”

Chad Kimball originated the role of Huey Calhoun in the Tony Award-winning Broadway musical Memphis (The Shubert), earning him a Tony nomination for Best Leading Actor in a Musical as well as nominations for the Drama Desk and Outer Critics Circle Awards for Best Actor. Mr. Kimball was also seen on Broadway as John Lennon in Lennon (The Broadhurst). He donned the guise of Milky-White in the Broadway revival of Into the Woods (also at the Broadhurst) with Vanessa Williams. Other Broadway credits include The Civil War (The St. James) and Good Vibrations (The Eugene O’Neill). Off-Broadway: Finian’s Rainbow (Irish Repertory Theatre), My Life With Albertine (Playwrights Horizons) Godspell (York Theatre) and Murder in the First (The Director’s Company). Regional theatre includes Sweeney Todd  (Signature Theatre), Baby (Papermill Playhouse), Chess in concert and Little Fish (The Blank) and Come From Away (La Jolla Playhouse and Seattle Repertory Theatre), among others. Mr. Kimball won a Bistro Award for his solo concert, which he reprised at Joe’s Pub. He is a graduate of the Boston Conservatory.

Eden Espinosa is most recognized for her portrayal of Elphaba in the Broadway production of Wicked. Other musical theater accomplishments include originating the title character in Brooklyn The Musical from the original workshop through its Broadway run, and playing Maureen in the closing company of Rent, the final performance of which was filmed live for Sony. 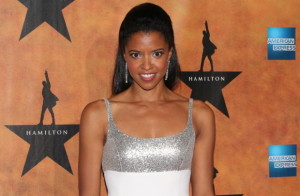 Adam Pascal became part of theatrical history by creating the role of Roger Davis in Rent, earning a Best Actor Tony Award nomination and reprising his performance in the 2005 movie adaptation. Pascal has since juggled a career as a concert and recording artist with leading roles on Broadway in Aida (Radames), Cabaret (Emcee) and Memphis (Huey Calhoun). This Spring, Adam stars in Disaster! A New Musical on Broadway opening March 6th.

Jarrod Spector enjoyed a childhood career as Gavroche in Les Miserables before heading to Princeton. He spent six years playing Four Seasons frontman Frankie Valli in Broadway’s Jersey Boys and currently stars as legendary songwriter Barry Mann (“You’ve Lost That Lovin’ Feelin’”) in Beautiful – The Carole King Musical, for which he was nominated for a Tony Award.