Four Incredible Lessons from the History of PR 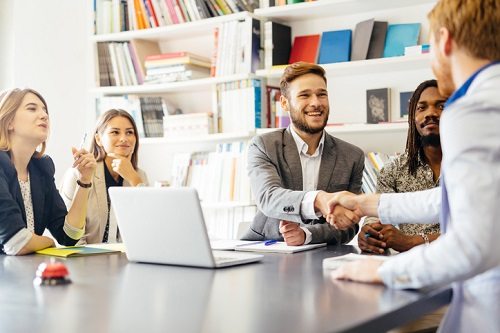 Four Incredible Lessons from the History of PR

Public Relations is a relatively recent term but the practice itself has been around for ages, literally. We can find the first hints of a PR strategy in ancient Iraq. Pharaohs used PR tactics to build themselves up, as did other monarchs over the years. Throughout history, PR specialists have accomplished some amazing things, even back when it was not called PR. Let’s take a look at the different lessons the history of public relations can teach us.

As mentioned, pharaohs and other rulers frequently used PR principles to support their rule. They shared their accomplishments and employed a variety of tools to keep others believing in them and their right to be in charge. Because they had access to significant wealth, they were able to do this with style. Monarchs from past ages build pyramids, cathedrals, obelisks, and statues to support their authority. They also created and promoted specific narratives, for example, that they were descendants of gods. Of course, this type of narrative and PR tools are not exactly modern but we can learn that big, artistic, and sweeping tactics can work quite well to shift the story in your favor.

PR sometimes gets a bad reputation, and some of the first “professionals” in this area faced the same scorn as their counterparts today. The sophists, advocates who spoke in favor or against others, were generally judged badly, for instance. The criticisms directed at them would not be out of place in the modern world and largely concerned ethics. Sophists were criticized by Plato and Aristotle, the “fathers” of ethics themselves, showing the usefulness of thinking about the ethical implications of one’s work. Like other professions, public relations has its own code, and it’s important to consider how to maintain a good reputation while getting the work done.

To gain public support for any cause, PR is required. One example from history is the abolition of slavery that was promoted as a cause through all available mediums and tools. The abolitionists used everything they could to serve their cause, from pamphlets to novel writing. They worked hard on building a narrative that would help terminate this abuse, and their efforts paid off in the end, as they did serve the end goal of ending slavery. PR has a lot of power and those who work in the field should be aware of this. However, as the PR Weekhas pointed out regarding PR campaigns that try to gain public support: “The use of ‘simplistic’ negative imagery was repeatedly criticised by members of the panel, including Plan UK director of advocacy, campaigns and comms Leigh Daynes, and the DEC’s Brendan Gormley. The DEC chief executive warned: ‘There’s a danger that aid agencies could be in a race to the bottom”.

If we look at historical events, we can see that some forms of PR have been used for a lot of different goals. Building railroads, the American Revolution, French wars, and many other events used various forms of PR to achieve their goals and convince the audience to take their side. PR can be utilized for hundreds of different goals and is a very versatile tool.